The teenager was found in Mumbai, brought back by police. 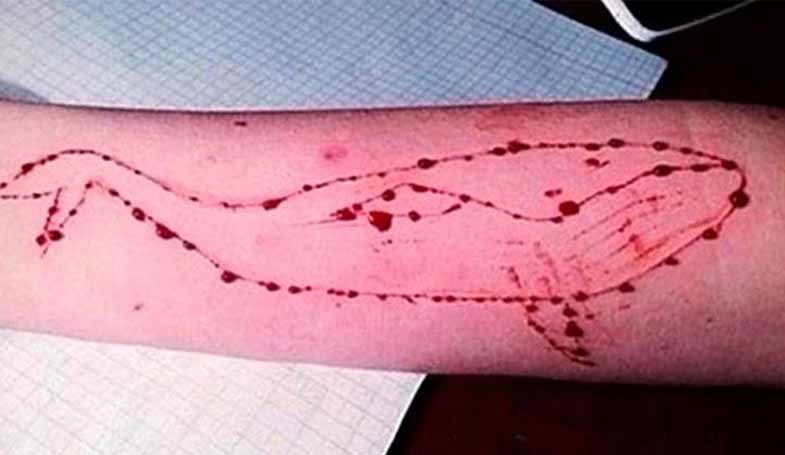 A Jaipur-based teenager fled from his home, reached Mumbai and bought a knife so that he could complete a challenge of Blue Whale game, but thanks to the promptness of Jaipur police, he was found before he could harm himself and brought back. Representative image

Jaipur: This is probably the first reported case of the deadly suicide game – Blue Whale Challenge – in Jaipur.

A Jaipur-based teenager fled from his home, reached Mumbai and bought a knife so that he could complete a challenge of Blue Whale game, but thanks to the promptness of Jaipur police, he was found before he could harm himself and brought back.

Police officials said that the boy was to inflict injuries on himself, using the knife and then commit a suicide act by jumping off a building, but the police managed to locate him on the basis of his mobile phone location and rescued him. He was handed over to family members on Friday.

The Blue Whale Challenge is a morbid social media ‘game’ which targets vulnerable teens and pushes them to inflict self-harm and ultimately suicide. The challenge involves 50 tasks, which are given by an administrator or curator, which have to be completed one by one.

DCP West Ashok Kumar Gupta said that the boy is a resident of Meenawala in Kanakpura’s Sirsi Road area. The area falls under the jurisdiction of Karani Vihar police station.

“The boy is a student of class X. His family members approached us when they couldn’t find him anywhere. We registered a case and launched a massive search for him,” said Gupta.

Police came to know during investigation that the boy whose identity was withheld was addicted to Blue Whale Challenge.

Under the supervision of Add DCP, West Ramavtar Soni, a team of police including SHO Karani Vihar Mahaveer Singh was formed.

Leaving home is one of the challenges that children have to face while completing ‘levels’ of the game. .

“We were on a deadline because the children addicted to this challenge can inflict self harm. We carried out some technical investigation and found the boy in Church Gate area of Mumbai,” said DCP Gupta.

He added that the police team that located the body was shocked to find that he had bought a knife from Mumbai.

DCP said that parents should keep a tab on their children and be on the look out for any abnormal behavior.

“A child spending too much time alone or making strange marks on his body are a red flag for Blue Whale challenge,” said the officer.

The cases of children falling prey to Blue Whale Challenge have been reported across the country.

On July 26, 16-year-old Manoj, a student of Class 11 from Perumkulam in Thiruvananthapuram, was found hanging in his bedroom allegedly after playing the Blue Whale Challenge.

A 14-year-old boy Manpreet Sahni committed suicide in Mumbai on July 30 by jumping off the terrace of his seven-floor building and his death has also been allegedly linked to the Blue Whale Challenge.