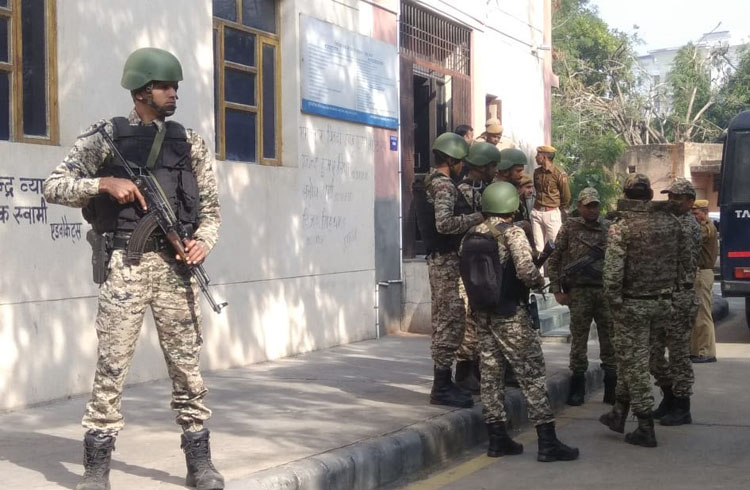 Jaipur: A special cases court in the city on Wednesday produced the judgment in the 11-year-old Jaipur serial bomb blast case that left over 70 people dead and over 150 others wounded. Four terror suspects have been convicted. The firth suspect was acquitted for the lack of evidence. The court will pronounce the quantum of sentence on December 20.

Those who were convicted are:

One of the terror accused – Shahbad – was acquitted for the lack of evidence against him.

The prosecution presented 1272 witnesses. The testimonies were completed in June 2019. After hearing the final arguments, the special Jaipur blasts cases court pronounced judgement on Saturday.

Heavy police force was deployed in and around the court premises to maintain law and order and ensure security of the blast accused.

A total of eight cases registered with Manak Chowk and Kotwali police stations in connection with these blasts. The Rajasthan ATS investigated the case and filed chargesheet against the five accused who were arrested. They are Shahbaj Hussain, Mohammed Saif, Sarvar Azami, Saif-ur-Rahman and Salman. Four others – Shadab, Aariz, Mohammed Khalid and Sajid are yet to be tried for the terror act. Mohammed Aariz was arrested by Delhi police, but the Rajasthan police didn’t seek his remand from their Delhi counterpart.

The Rajasthan high court had set up a special court for the trial in the blast cases. The case was being heard about 5 days a week.