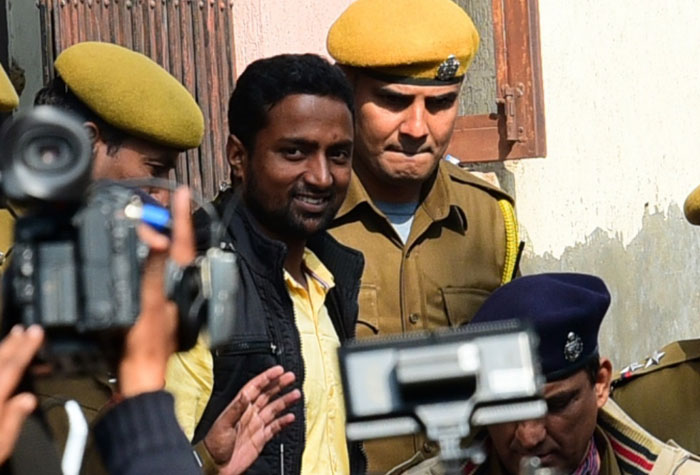 One of the terror suspects who was convicted in Jaipur serial bomb blast case.

Jaipur: The special Jaipur bomb blast cases court on Thursday heard the arguments over the quantum of sentence from the defence and prosecution lawyers. The court will pronounce the quantum of sentence at 4 pm on Friday. The prosecution argued that the four convicts should be awarded capital punishment for their act of terror that killed 80 people and left over 175 others injured. The defence has appealed for leniency.

The court of judge Ajay Kumar Sharma had convicted four of the five terror suspects, while acquitted one on Wednesday. The serial bomb blasts rocked the Walled City on May 13, 2008.

The four convicts were produced in the court amid heavy security.

The defence lawyers argued that the four convicts belong to good families and didn’t have any criminal background. They have been languishing in jail for 11 years, so the court should show leniency in the sentence.

The public prosecutor however argued that the four terrorists are also being probed for their role in serial bomb blasts in Surat and Delhi, so they didn’t deserve any leniency and should be awarded capital punishment.

Those who were convicted are:

One of the terror accused – Shahbad – was acquitted for the lack of evidence against him.