Jaipur: Body of Adil, killed in Ramganj violence, handed over to family for burial

Adil was killed on Friday night. 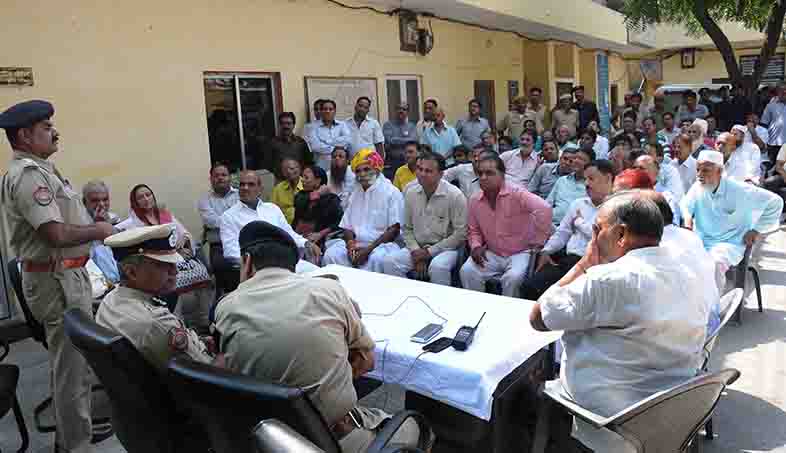 Jaipur police taking a meeting of senior community leaders in the wake of Ramganj violence.

Jaipur:  The police on Monday handed over the body of 22-year-old Adil alias Mohammed Reshu, who was killed during violence in Ramganj area of Jaipur on Friday night, to his family members for final rites on Monday.

The government agreed to look into the demands of the family members during a marathon meeting between Rajasthan BJP president Ashok Parnami and representatives of minority community organizations. The meeting ended at around 2.30 am on Monday. The family members agreed to let authorities conduct a postmortem examination of the body. Update: Two men – not one – were killed, police reveal 3 days after Ramganj violence

The police have heaved a sigh of relief following the development that will likely restore law and order in Ramganj area. Tension gripped Ramganj on Friday night after Adil was killed while several others were injured in clashes between people and the police.

“We have handed over the body to family members for burial. They have assured us that no untoward incident will happen when final rites are performed,” said a senior police officer.

The family members had put forward a slew of demands including monetary compensation, a government job and an FIR against the police under section 302 of IPC. The body was still being kept in the mortuary of SMS Hospital.

Two men – not one – were killed, police reveal 3 days after Ramganj violence