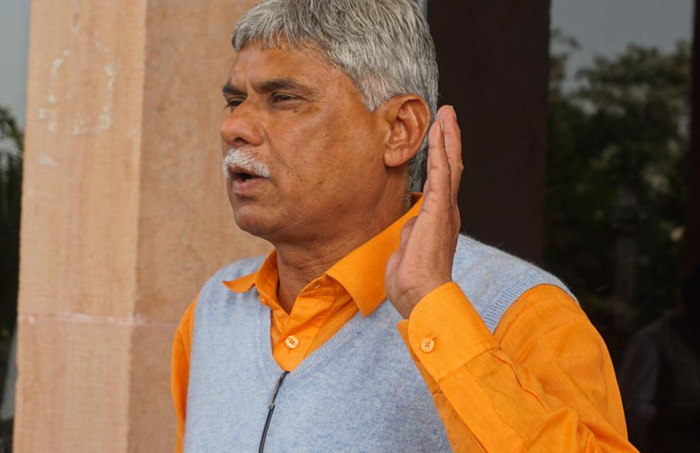 BJP MLA Balveer Luthra who was robbed near CM House in Civil Lines on Wednesday.

Jaipur: Even state legislators are not safe from robbers in the city. BJP MLA BJP MLA Balveer Singh Luthra became the latest victim of bike-borne robbers. His mobile phone was snatched by two bikers when he was waiting for a tax, just 60-70 meters from the chief minister’s residence in Civil Lines.

Luthra said that if an MLA could be robbed in a VVIP area next to the CM residence, then one could imagine how the commoners must be suffering due to the deteriorating law and order situation in the city. Luthra raised the issue in the state assembly on Thursday.

The incident happened on Wednesday night. “I was waiting for taxi near Civil Lines railway crossing. I was just 70 meters from the chief minister residence. Suddenly two bike-borne men snatched my cell phone and sped away. I was shocked,” Luthra who is a legislator from Raisinghnagar constituency of Sriganganagar district told media persons.

Luthra contacted the local police following which an FIR was registered. The police studied the footages of CCTVs installed in the area, but got no clue about robbers.

“You can’t even imagine what common people must be going through in the city. I am a sitting MLA and the incident happened so close to the CM residence.” Luthra said.

A police officer said that an intensive search has been launched for the snatchers.