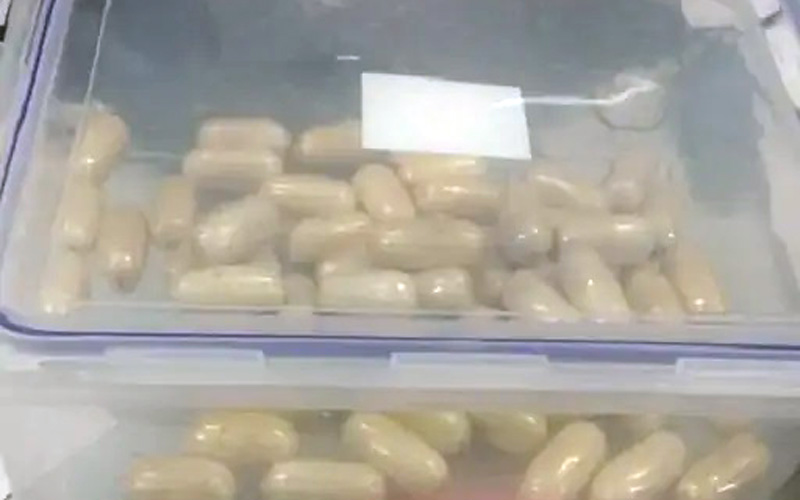 Jaipur: The directorate of revenue intelligence (DRI) on Monday arrested a woman belonging to Uganda in Africa from Jaipur International Airport after she was caught attempting to smuggle heroin worth Rs 16 crore in the international market. The woman had concealed capsules filled with heroin in her rectum. It took a team of doctors at SMS Hospital two days to remove a total of 60 capsules from the woman’s body.

The woman had reached Jaipur airport on Saturday in a flight from Sharjah. She was caught and sent to SMS Hospital for examination. A team of doctors removed the capsules from her private parts.

The woman was identified as Amani Havens Lopez. A team of DRI officials were also present at SMS Hospital. This woman admitted to the general surgery ward is currently under the observation of doctors.

According to preliminary reports, the woman brought 60 capsules from Sharjah. The 31-year-old woman reportedly belongs to Uganda in Africa.

In December last year, the customs department caught heroin worth Rs 90 crore at the Jaipur airport. Customs team recovered 12.9 kg of heroin from the bag of a female passenger who was a resident of Kenya. In this case, the customs department had received a look out notice. After this, the woman was searched and found in possession of drugs.