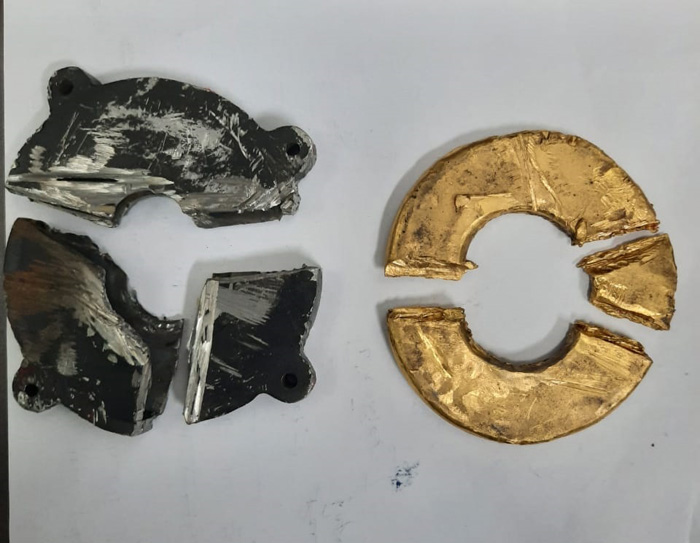 Jaipur: The customs department took a man into custody at Jaipur International Airport on Tuesday for smuggling gold from Dubai. The gold was hidden in the motor of a juicer mixer machine. The machine was packed in a box. The gold weighing about 461 grams is worth Rs 21.36 lakh in the international market. The man is being interrogated. The customs officials are trying to find out where the gold was to be delivered.

The 23-year-old man is a resident of Gujarat. He has told the interrogators that someone approached him and offered him free travel to Jaipur and a cash amount of Rs 1,000 if he delivered the machine to his contact in Jaipur. As per the youth, he was told that the contact would identify him and contact him as soon as he came out of the airport. The accused man works on ships in Dubai.

After his flight landed in Jaipur, his luggage was screened. The scanner detected metal; however, the youth explained that he was carrying a juicer mixer machine. On further investigation, it was found that the gold was hidden in the machine’s motor.

An increasing number of gold smuggling cases are coming to light at Jaipur airport. In the past week, four gold smuggling attempts have been made including the one on Tuesday.