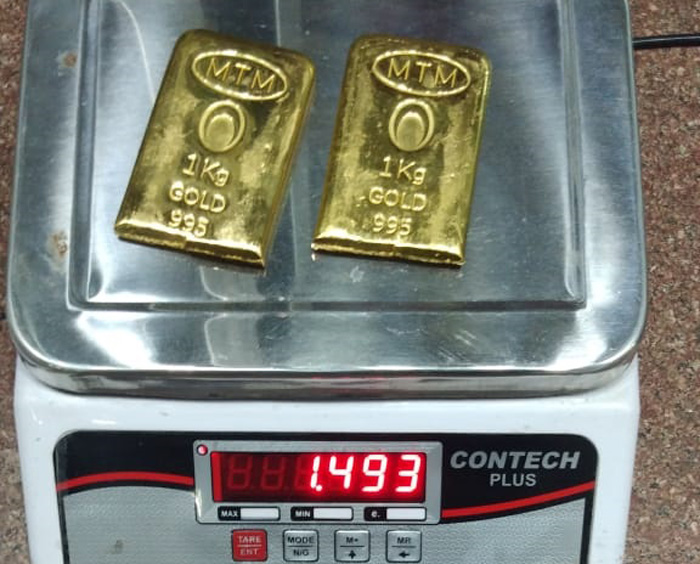 Jaipur: The customs department detained a 26-year-old man for attempting to smuggle gold weighing 1.5 kg through Jaipur International Airport. The man who arrived in Jaipur from Sharjah had hidden gold in his shoes. The gold is worth Rs 70.63 lakh, according to officials. The customs department officials have seized the gold and taken the man into custody for interrogation. The officials are trying to find out who the man planned to deliver the gold to.

The man has been identified as Shravan Kumar, a resident of Sikar district in Rajasthan. He had gone to Sharjah nearly a year ago and worked with a construction company there.

In the security clearance area, the man was asked to have his luggage scanned through a scanner. A hand-held metal detector couldn’t detect the gold, but when an alarm sounded when he walked through the door-frame metal detector.

The security guards quizzed him and asked him to remove his shoes. The gold was found under the rubber soles. He was taken into custody immediately.