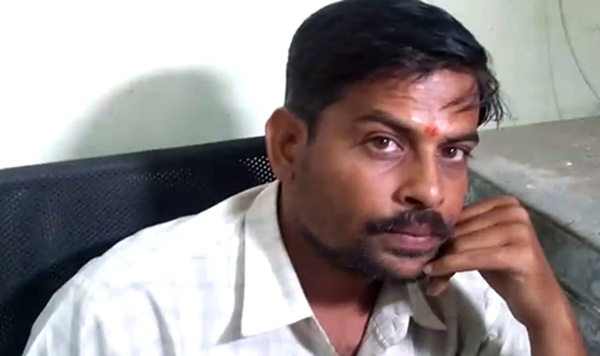 Jaipur: Rajasthan anti-corruption bureau (ACB) on Friday arrested the personal assistant (PA) deputed in the special court for printing stationary embezzlement case after he was caught taking a bribe of Rs 80,000, according to senior ACB officials.

The accused PA, identified as Arjun Lal Jat, was taking bribes allegedly through a middleman – advocate Vijay Kumar Sharma. The ACB is searching for the advocate after his role came up in the corruption racket. A relative of the advocate has been arrested. The relative was handing over the money when he was trapped.

The ACB team under the supervision of Add SP Alok Chandra Sharma had put the mobiles of Arjun Lal Jat and Vijay Kumar under surveillance after receiving complaints against them, DG ACB Alok Tripathi said.

“We came to know that Arjun Lal was demanding a commission of 10% in a claim case. The claim amount was over Rs 14 lakh so Jat was demanding nearly RS 1.4 lakh as commission. The ACB team arrested Arjun Lal taking a bribe of Rs 80,000 as the first instalment from Vijay’s relative Pradeep Kumar Sharma at VKI Sikar Road Number -14,” said the officer.

After arresting Arjun Lal, the ACB carried out searches at the house in Malviya Nagar and other places belonging to him. The agency officials allegedly recovered documents suggesting accumulation of wealth disproportionate to his known sources of income.

Both were booked under various sections of the Prevention of Corruption Act.

Subscribe to WhatsApp updates for Jaipur News Click on the following link(s) to find the latest & related stories on: ACB
RELATED