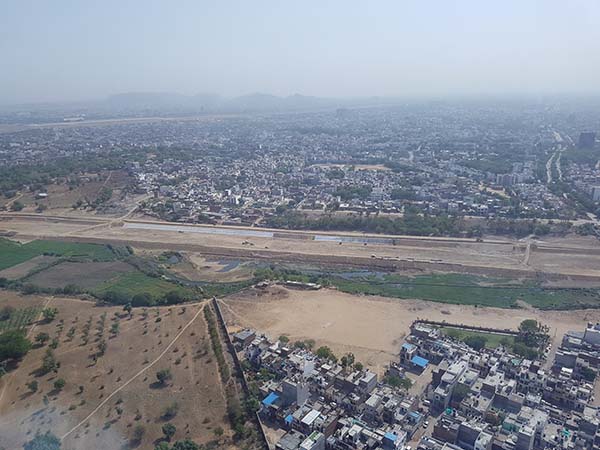 Jaipur: Dravyavati river project will get momentum as the union ministry of defence has approved of having a 3.5 km long road in its area that will be a part of the riverfront. The water supply department has also decided to make a museum and a park at the old pump house area.

The riverfront passing through the military area will be 150 feet wide. After initial objections from the army, the work for a riverfront from Panipech (Ambabari Bridge) to Hasanpura Bridge wasn’t started. Now that the permission has been given a park will also come up in the area however it won’t have any commercial activities. The water supply department will also make a museum park at the old pump house in Panipech.

The construction work for the riverfront had started back in April 2016, however, JDA took permission from the forest department and army only recently. There have already been a lot of delays in the project. The forest department first objected to the work being done in the area from Kishanbagh to the Amanishah Dargah area. It took 6 months to get approval from here. It took 8 months to get an approval from the defence ministry to get the work done from Ambabari Nala to Hasanpura area. The CM has issued orders to complete the project by August 2018 however only 35% of project’s work has been completed. The riverfront will cost Rs 1470 crores and be 47.5 km long.