IT raids on Raj minister Rajendra Yadav: Over 50 premises searched

The raids were conducted at the Rajasthan Flexible Packing Factory located at Kotputli. The company is believed to belong to the minister and his relatives. 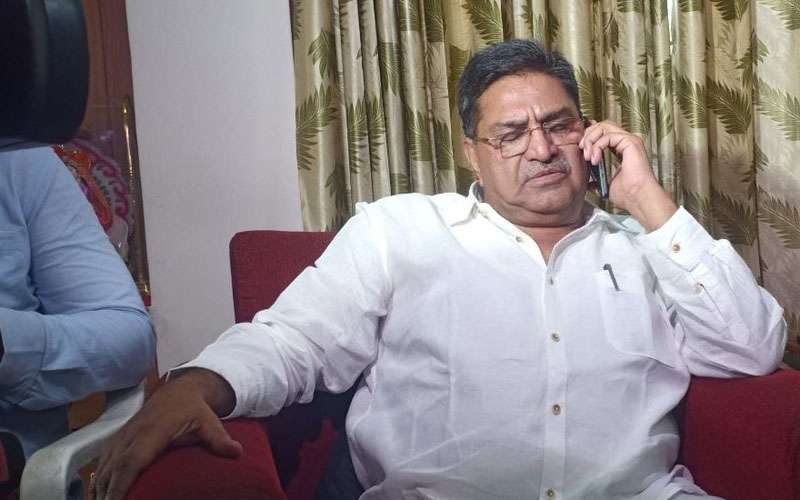 IT raids at places belonging to Rajasthan minister Rajendra Yadav.

JAIPUR: The Income Tax Department conducted simultaneous raids in four states including Rajasthan. In this series, the IT teams conducted raids on the premises belonging to Rajasthan’s Minister of State for Home, Rajendra Yadav, and his relatives in Jaipur and other places. The raids were in connection with an alleged scam in the supply of mid-day meals.

A large number of CRPF personnel are also present along with the officers of the department at more than 50 places belonging to Yadav and his relatives. The teams reached the minister’s residences in Jaipur and Kotputli at around 5.30 am on Wednesday. Yadav is the MLA from Kotputli, an assembly constituency in Jaipur.

A factory of his relatives was also raided. Some items are made in the factory for the mid-day meal supply. Around 100 vehicles have also been used for the raids. The IT teams have also raided several places in Uttarakhand and Gurgaon including the house of the minister’s sons in Jaipur.

In Jaipur, Income Tax officials raided Malviya Nagar’s office, including the official residence of the minister in Civil Lines and the private residence in Bani Park. Sources indicated that the raids are being conducted at the manufacturers, suppliers, their associates and acquaintances who make mid-day meals and nutritious food.

Rajendra Yadav told media persons that the factories are involved in manufacturing packaging material and he has nothing to do with the supply of mid-day meals. He said that his family had been in this business since 1950.

He also alleged that the I-T raids are due to political malice.