Binny was at her parents’ house in AG Colony in Bajaj Nagar. She used a stole to hang herself from the ceiling of her room around 10 pm on Sunday.

Jaipur: A 34-year-old Indian Revenue Service (IRS) officer, identified as Binny Sharma, committed suicide by hanging herself from the ceiling of a room in her house in Bajaj Nagar area on Sunday. The police allegedly recovered a suicide note with a few lines scribbled on it. The police have launched an investigation and said that Binny’s husband who is a senior administration officer in Chandigarh will be quizzed. The police was tightlipped and said what caused the IRS officer to take the extreme step is under investigation. The police didn’t rule out the possibility of harassment by in-laws. Binny was at her parents’ house in AG Colony in Bajaj Nagar. She used a stole to hang herself from the ceiling of her room around 10 pm on Sunday. When she didn’t come out of her room for dinner, her mother checked on her. The mother found the door bolted from inside. She later found her hanging. Binny who was posted as an IRS officer in Rajasthan’s revenue department was rushed to a hospital where doctors declared him brought dead. Senior police officers said that a suicide note was recovered with a few lines scribbled on it. It has been sent for forensic examination. While the police officers were tightlipped, sources said that Binny alleged harassment in the suicide note. 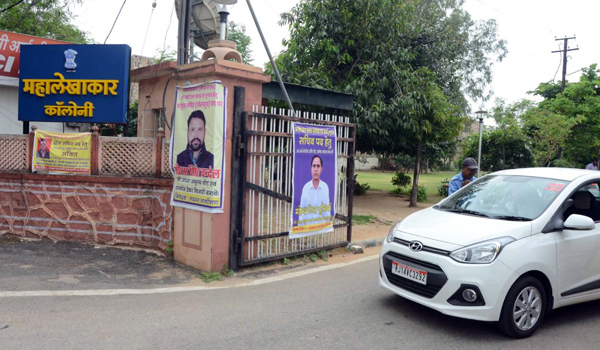 A postmortem examination of the body was conducted. “We are examining the suicide note and will take further action accordingly,” said a police officer. The police are recording statements of the IRS officer’s mother. They will also quiz the members of the in-laws family and husband.
Follow @ThePinkcityPost
Click on the following link(s) to find the latest & related stories on: Binny Sharma suicide