Irrfan, are you OK? A tweet from this Jaipur actor scares fans

Veteran Bollywood actor – Irrfan Khan – revealed on his Twitter handle on Tuesday that he may be suffering from a ‘rare’ disease. The tweet came as a shock to his die-hard fans in Jaipur.

Home » Culture & Events » Irrfan, are you OK? A tweet from this Jaipur actor scares fans 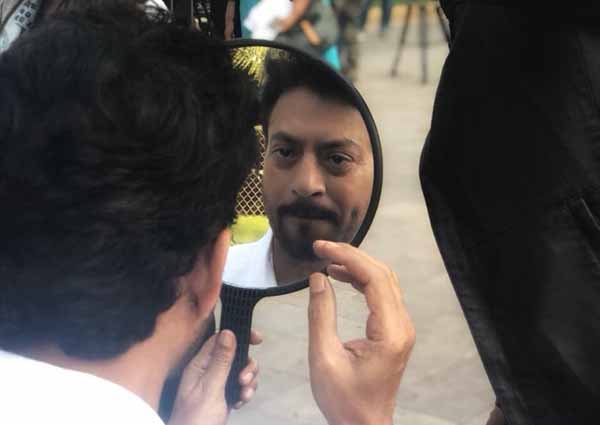 Irrfan Khan shocked his fans in Jaipur by revealing on his Twitter handle that he may be suffering from a ‘rare’ disease.

Jaipur: Veteran Bollywood actor – Irrfan Khan – revealed on his Twitter handle on Monday that he may be suffering from a ‘rare’ disease. The tweet shocked his fans in Jaipur. The actor who belongs to the Pink City – tweeted that he would share more about the decease when the further investigations come with a conclusive diagnosis in the next 7-10 days. “Sometimes you wake up with a jolt with life shaking you up. The last fifteen days, my life has been a suspense story. Little had I known that my search for rare stories would make me find a rare decease,” the actor tweeted. He added, “I have never given up and have always fought for my choices and always will. My family and friends are with me and we are working it out the best way possible. In trying times, please don’t speculate as I will myself share with you my story within a week – ten days, when the further investigations come with a conclusive diagnosis. Till then, wish the best for me”. Though he requested not to speculate, the tweet scared his fans in Jaipur.

“I pray to god that he recovers fast. I can’t believe that he may be suffering from a disease. He looks so fit and in the prime of his life,” said Kulwant Singh, a resident of Rajapark. The actor pinned this Tweet. Irrfan was born and brought up in Jaipur. He has been fond of movies since his childhood. After completing graduation from Jaipur, he enrolled himself in National School of Drama. Her mother wanted him to become a professor. Irrfan lied to his mother and told her that he would fulfil her wish after graduating from NSD. When he was in the third year, he was signed for a lead role in a movie by Mira Nair.
Follow @ThePinkcityPost