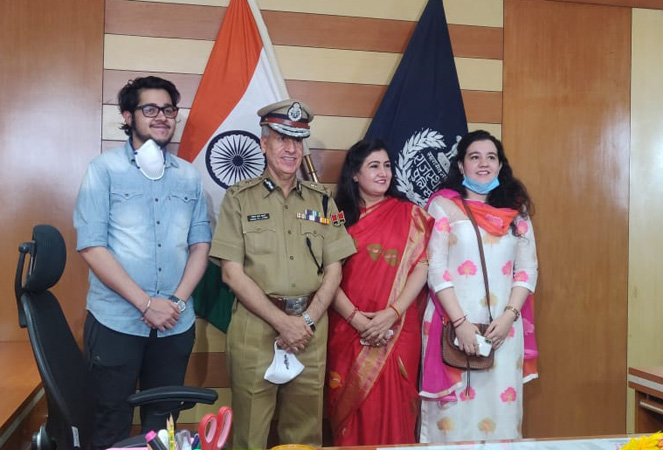 Jaipur: Senior IPS officer ML Lather has taken charge as the new director general of police (DGP), Rajasthan. He assumed office on Wednesday. He was working as an acting DGP after Bhupendra Singh Yadav took voluntary retirement from service on October 14 and was appointed as RPSC chairperson. ML Lathar is the 34th DGP of Rajasthan.

Lathar was accompanied by his wife and two children when he assumed office. He was earlier posted as DG (crime).

Lathar has won many awards and medals for his service. The 1987-batch officer has won the President Police Medal, Bar to Police Medal for Special Duty, Operation Parakram Medal and three other medals. His daughter is an IRS office, while son a computer engineer.

Lather has been SP of Sirohi, Dausa, Dholpur, Kota rural, and Udaipur districts in the beginning of his career. As DIG, he has served in BSF, RAC, CID Intelligence and Rajasthan Police Academy.

His predecessor Bhupendra Singh had been appointed as DGP in July, 2019 and was to retire from service on December 31, but the state government extended his appointment as DGP till June 30, 2021. He then sought VRS and was appointed as RPSC chairperson.