A team of 900 police officials will be deputed in and around the SMS stadium during the match. 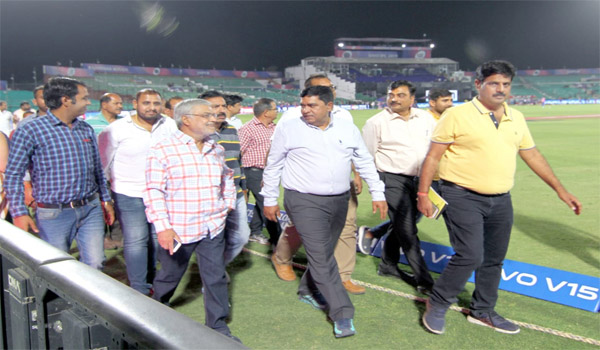 Jaipur:  The 12th edition of T20 Indian Premier League (IPL) 2019 kicked off on March 23 and the Rajasthan Cricket Association (RCA) is all set to host the first match between Rajasthan Royals (RR) and Kings XI Punjab at SMS stadium in Jaipur on Monday from 8 pm onwards.

A team of 900 police officials will be deputed in and around the SMS stadium during the match.

The traffic police officials said that the traffic would be diverted on the roads leading to the venue in the city on Monday.

The parking will be prohibited in the area from Ambedkar circle to Assembly, Pankaj Singhvi Marg and Nagar Nigam headquarters.

According to Jaipur Police Commissioner Anand Srivastav, the visitors to the match will not be allowed to bring anything except their cell phones.