While everything is going great, the fans are disappointed about a few things. They say that they are not being treated properly when they are at the SMS Stadium to watch the games. 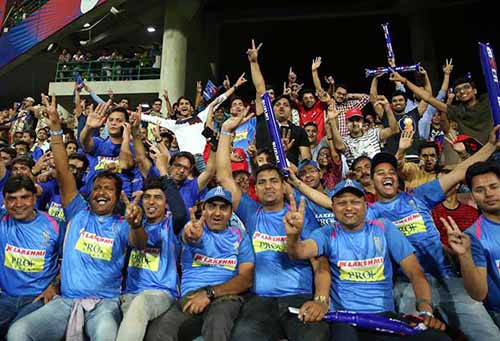 Jaipur: The Indian Premiere League (IPL) matches being played at Sawai Man Singh (SMS) Stadium in Jaipur are offering the city’s cricket fans a lot of entertainment and fun. This cricket extravaganza is getting exciting with each passing day as the Rajasthan Royals team is going out of its way to win the matches at the stadium, even when they are now at the bottom and need to win all the four next matches to stay in the tournament.

While everything is going great, the fans are disappointed about a few things. They say that they are not being treated properly when they are at the SMS Stadium to watch the games. Some fans shared with The PinkCity Post why they are disappointed:

In the previous IPL seasons (before the BCCI banned cricket at the SMS Stadium), Rajasthan Royals used to give a 50% discount on tickets to students. No such discount was given to student in this IPL season. It disappointed the student community to such an extent that some student organizations staged protest at the stadium, demanding the discount. But since Rajasthan Royals is organizing the matches (not the RCA), there was respite for the student community. 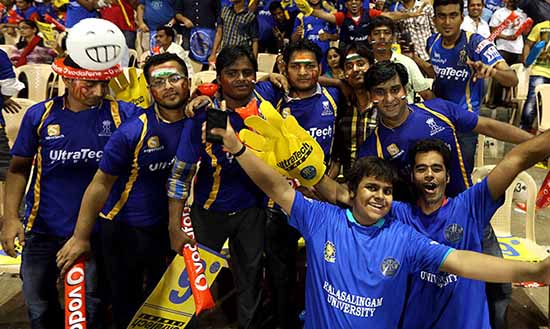 The bouncers don’t allow people to carry coins into the stadium. Some people who are not aware of this rule bring coins with them. The bouncers confiscate the coins with no system in place to return them after the match. Coins worth lakhs of rupees are being confiscated, but nobody knows who gets these coins and what happens to them.

The Rajasthan Cricket Association (RCA) promised that people wouldn’t fee charged any parking fee when they come to the SMS Stadium to watch the matches. RCA officials claimed that the parking fee was deposited before the IPL matches began and the Rajasthan Royals don’t have any right to issue tenders for the parking so it must be free, but the fans are still forced to pay for it out of their own pocket.

The fans say that a strict implementation of rules is necessary to keep the situation under control, but the behavior of bouncers at the stadium is sometimes arbitrary and rude. In the match between Kings XI Punjab and Rajasthan Royals on Tuesday, the fans were in for a rude shock. The Kings XI Punjab fans bought T-shirts of their team for Rs 150, but they were forced to take them off before entering the stadium. When asked why they were not allowing Kings XI Punjab team T-shirts, the bouncers replied that they have orders in this regard, but it was not clear who issued such an arbitrary order.

These are some of the things which are disappointing the fans.  Is anybody listening?