Internet services in Jaipur to resume on Monday 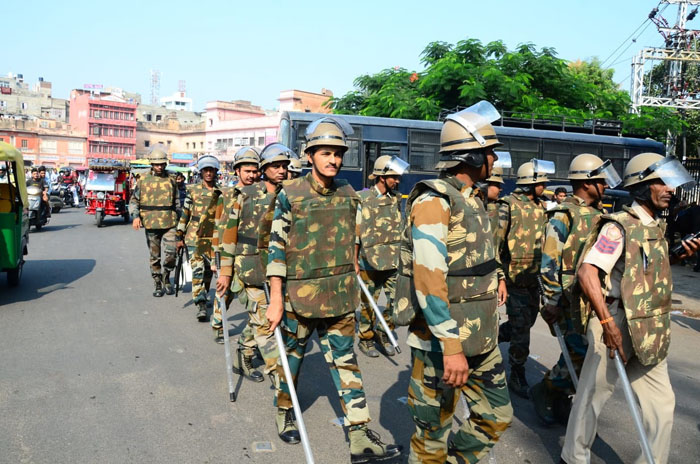 Jaipur: The internet services snapped in Jaipur immediately after the Supreme Court verdict in Ayodhya case came out will continue till at least Monday morning. The police and administration will make an assessment of the law and order situation on Monday and decide whether to continue with the internet ban or allow the services to resume. The internet ban has been imposed to prevent spread of rumors on social media. The experts said that the ban has affected the business transactions to the tune of Rs 200 crore in Jaipur alone.

Keeping in view the possibility of the law and order situation, the Muslim community has decided not to take out Barawafat processions on Monday. All the programs and festivities have been cancelled by the community.

Jaipur divisional commissioner KC Verma ordered a ban on the internet services till 10 am on Monday.

“We will make an assessment of the law and order situation by 8 am on Monday and decide whether or not to continue with the ban. If any untoward incident happens, we may decide to extend the ban,” said a senior administration officer.

The businesses worst affected by the ban were cab companies. The bookings for Ola and Uber cabs and bikes came to a complete stop in the city. Ola and Uber runs nearly 7000 cabs and 15,000 bikes in Jaipur.

The police are also cracking down on people who are circulating communally sensitive posts on social media. A man, identified as Keshav Arora – a resident of Shashtri Nagar in Jaipur was arrested for sharing objectionable posts on WhatsApp. An FIR has been registered against him.