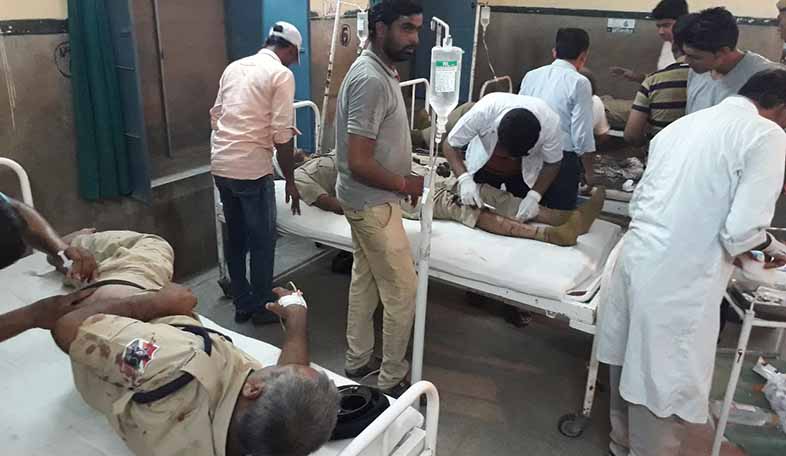 Jaipur: The ban on internet services has been further extended in several areas of Nagaur, Bikaner, Churu and Sikar after the violence in Sanvrad, the native village of Anandpal Singh who was killed in a police encounter 20 days ago. The ban has been imposed to stop the spread of rumors on social media. Fake videos and images are going viral on social media channels and the police fear that it may further fuel the tension prevailing in Rajput community-dominated areas of these districts.

District magistrate Lalit Kumar Gupta extended the ban on internet services for 24 hours in Churu district. The ban was already in place till July 12 midnight. The ban will now be in effect till at least 9 pm on Thursday.

Similarly, after getting a report from intelligence department and the local police, the Sikar district collector imposed the ban till midnight on Thursday. Internet ban will continue in Bikaner till 9 pm on Thursday.

The administration officials said they would make an assessment of the situation and decide whether the ban would be lifted or further extended.

Internet services had been suspended in many areas where violence was being feared nearly a week ago.

The worst nightmare of the state government became a reality on Wednesday when a man was killed while 28 others were injured in firing between police and protestors, lathicharge, stone pelting and stampede.