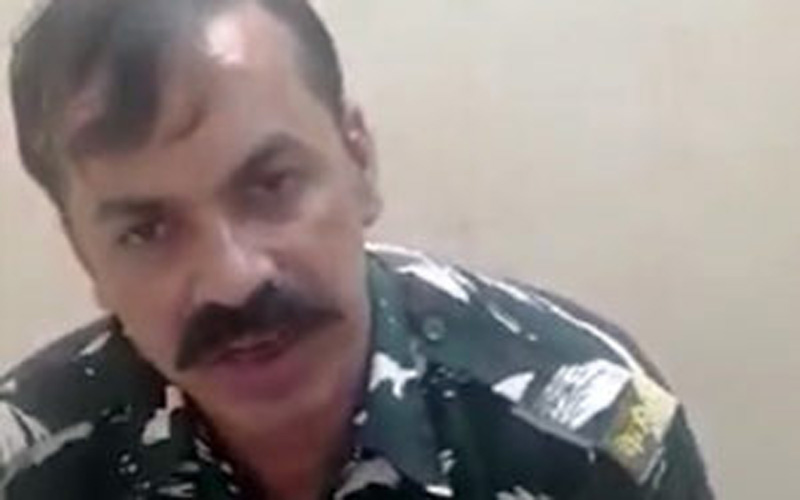 Naresh who committed suicide at a CRPF training centre in Jodhpur.

Jaipur: A high-level inquiry committee headed by an IG-rank officer has been set up to probe the case of suicide by CRPF jawan Naresh Jat at RTC in Jodhpur two days ago. Naresh had committed suicide by shooting himself after confronting police and administration. He was allegedly aggrieved over not getting leaves and harassment by some senior officials.

The committee will investigate the causes after vising the training camp. In a video that Naresh shot before taking the extreme step, he accused some senior of harassment. The family members staged a demonstration demanding a judicial inquiry. The police tried to placate them, but they didn’t budge from the demonstration site.

They said that the inquiry should be conducted by a retired high court judge. The villagers said that a compensatory job should be allotted for the victim’s daughter. They also demanded pension for the widow and other benefits such as gratuity. They demanded that CRPF should bear the cost of education for the jawan’s daughter.

Nagaur MP Hanuman Beniwal reached the mortuary of Mahatma Gandhi Hospital in Jodhpur on Tuesday and consoled the family members for their loss. He said that even the soldiers who protect the country were not safe. The IG and DIG of CRPF should be removed in the case of abetting Naresh to commit suicide. There should be a high-level inquiry and the culprits should be arrested.