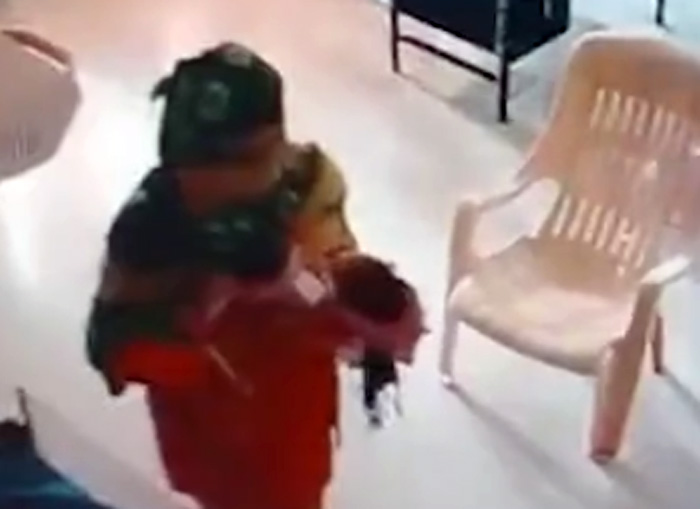 Jaipur: An unidentified woman stole a 6-day-old newly-born boy from the MCH Hospital in Dungarpur. The incident which created panic in the hospital was caught on CCTV. The footages show the woman leaving with the infant child. The woman was accompanied by a teenaged boy. The police have registered an FIR and launched a search for the woman.

A woman, identified as Jyoti Mochi, gave birth to a son in a normal delivery on February 24. The child – a boy – was suffering from jaundice, so he was admitted to the ICU of the hospital on February 26. Jyoti and the boy were on two different floors of the hospital.

Jyoti’s mother-in-law and aunt were taking care of the boy. The incident took place around 8.30 am. The attendants were asked to leave the ward where the child was admitted for cleaning. Jyoti’s mother-in-law and aunt were with Jyoti when the incident happened. The child started crying, so the hospital staff left to call Jyoti’s family members. It was when a woman came in, posing as Jyoti, and took the child away.

Soon a doctor visited the ward and saw the child missing. He asked Jyoti to bring the child for a check-up. The hospital staff realized that the boy was missing when Jyoti said that he was not with her. The police were immediately informed.

The CCTV footage also shows a 17-18 years-old boy with the accused woman. The teenager was standing outside. The woman, who came out with the child, left with the boy on a bike.