Fire breaks out in forest area near Eklingarh Military Cantonment 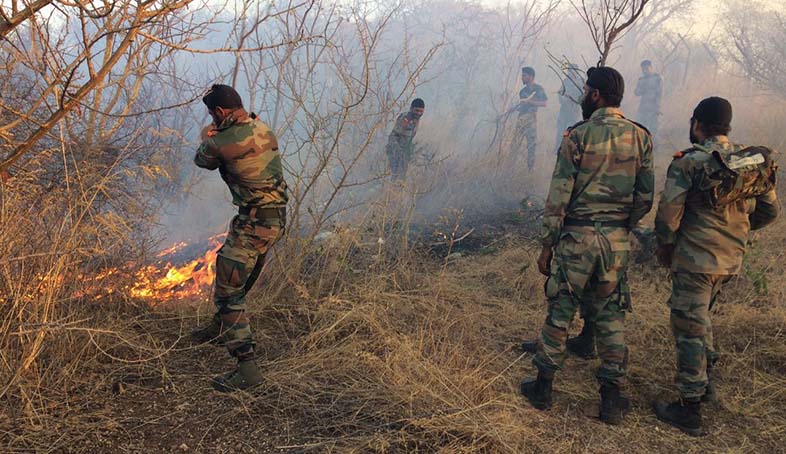 Fire breaks out in forest area near Eklingarh Military Cantonment

Jaipur: A massive fire broke out in the forest area near Eklingarh Military Cantonment in Udaipur, prompting the Indian air force and army to launch a rescue operation. The fire that started around noon on Tuesday is yet to be controlled.

Army troops on duty spotted the fire south of the military camp, fast approaching towards the cantonment.  District Administration was informed about the fire along with forest officials and fire fighting services. 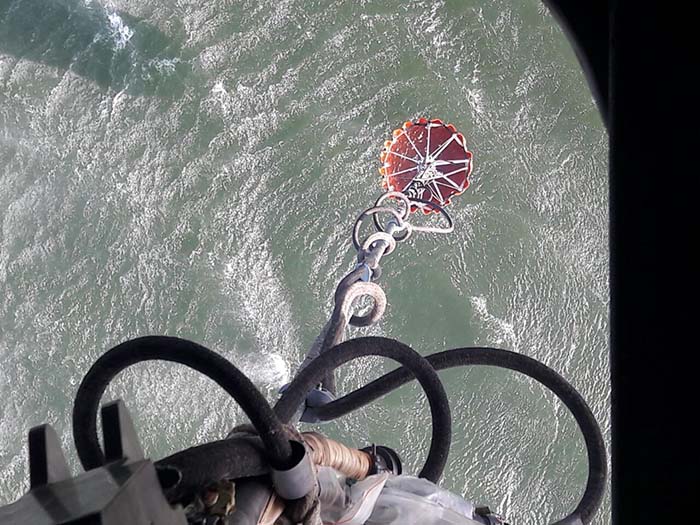 a fire fighting operation was carried out by the Indian Army troops with guidance from officials of the forest department and assistance from fire fighting services.  Fire lanes were created by the troops with the help of available equipment and the spread of fire was contained. The operation continued throughout the night, with all agencies working in coordination on ground to ensure no loss of life and property. 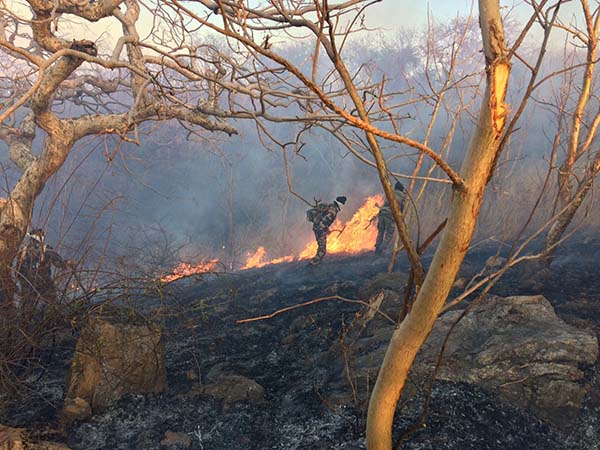 Post assessment of the spread of the fire, the Indian Air Force was called in for help in the evening hours.  HQ South Western Air Command, Gandhinagar swung into action and two MI-17 V5 helicopters were flown in to Udaipur.  The helicopters took off at first light on Wednesday and after a quick recce of the affected area, started the fire fighting operation. A helicopter carried out 10 sorties, dropping over 25000 liters of water by an underslung ‘Bambi Bucket’ effectively dousing the fire as reports came last. 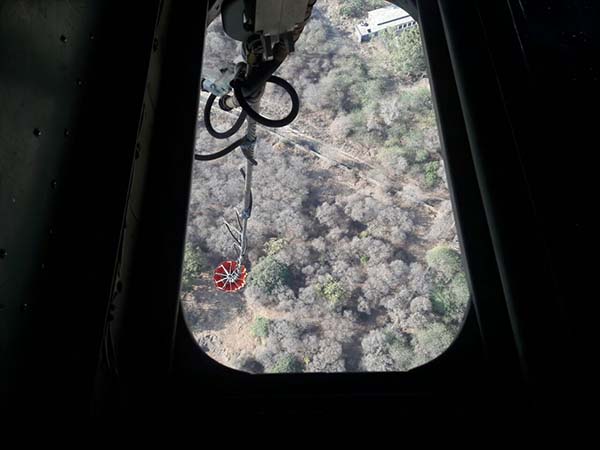 The Indian Army is keeping a close watch on the area, with the IAF helicopters standing by at Udaipur to handle any probable recurrence of the fire.