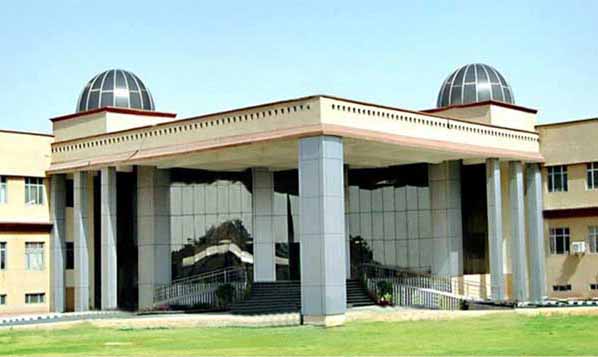 Jaipur: A 46-year-old income tax officer, identified as Vinay Kumar Mangla, committed suicide by hanging himself in a COVID-19 ward on the sixth floor of RUHS Hospital in Pratap Nagar on Monday, according to preliminary reports.

The officer was arrested by the CBI on corruption charges nearly four years ago. He was convicted on January 22 and sentenced to 5-year-impriosnment. A COVID-19 test was conducted before he was to be lodged in prison and the report came out positive following which he was admitted to the hospital for treatment. A magisterial enquiry will be launched into the incident as the man was under judicial custody.

The Central Bureau of Investigation (CBI) had arrested Vinay Kumar after he was trapped taking a bribe of Rs 1 lakh in December 2016. The agency had also recovered a cash amount of Rs 24 lakh during a search at his house. Vinay Kumar was demanding bribe from a Jhalawar-based petrol pump owner. He was later released on bail. On January 22, a CBI court in Jaipur sentenced him to 5-year-impriosnment and imposed a fine of Rs 5 lakh.

In compliance with COVID-19 guidelines, the jail administration tested him for COVID-19 before lodging him in the jail. He was admitted to RUHS Hospital after he tested positive.

According to preliminary reports, Vinay used a bedsheet to hang himself from the ceiling of his ward situated on the sixth floor of the hospital building.

The nursing staff saw him hanging following which the police were informed.

Sources said that the sixth ward is used for treatment of prisoners. There must have been security guards from the hospital as well as the prisons department. The suicide went unnoticed despite the security.