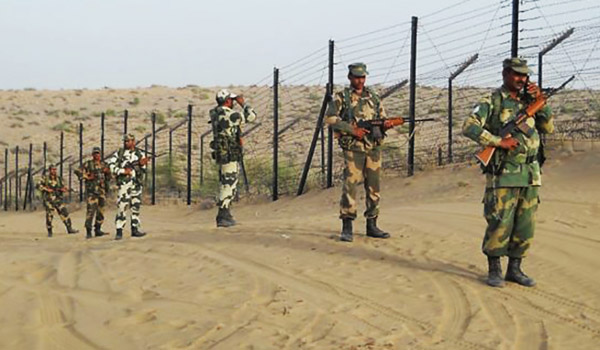 Jaipur: A technological surveillance system has been developed on the western Indo-Pak border in Rajasthan. Under the project, cameras have been installed in the Bikaner sector of the Border Security Force (BSF) along the Indo-Pak International Border.
These cameras have been connected to the sector headquarters of BSF, Bikaner via fibre cables. With the help of this, the BSF officers will be able to monitor the live feeds with the help of cameras around the fencing of the international border. Along with monitoring the patrolling of the soldiers, the ‘’third eye guard’ will monitor any possible nefarious activities from across the border.
With the cameras installed on the border, officers are able to keep surveillance only from border posts. BSNL has laid fibre cable from the border to Bikaner in the Bikaner sector. Only the work of connecting it to the circuit of BSNL is yet to be completed. Once done, the officials will be able to keep a live watch with the help of high speed internet from almost 150 km away.
A senior BSF official told media persons that with the help of the cameras installed on the border, a direct watch can be kept from the sector headquarters. Bikaner sector is going to become the first sector where such a hi-tech system will be in place. This will further strengthen the monitoring mechanism of the border.