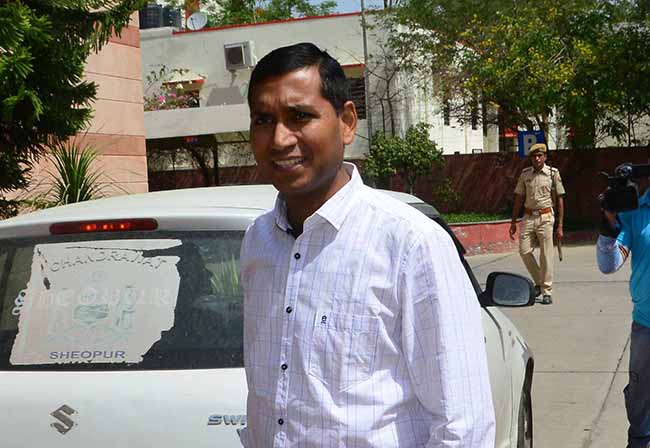 Jaipur:  Indian Administrative Services (IAS) officer of Rajasthan cadre, Neeraj K Pawan was released on bail on Friday, nearly eight months after he was arrested in Jaipur in connection with a bribery scam worth crores in the National Rural Health Mission (NRHM).

Rajasthan high court ordered to release Pawan on a security bond of Rs 1 lakh and two bail bonds of Rs 50,000 each.

Lawyers of the IAS officer argued in the court that the anti-corruption bureau (ACB) had filed the chargesheet in the case in July last year, but was not able to secure prosecution sanction.

The state government gave prosecution sanction on January 17, but the ACB was awaiting the same from the central government.

ACB arrested Pawan in May last year after he was allegedly found to be part of a bribery racket run by a middleman called Ajit Soni. The middleman used to get tenders awarded in the Information and Education Department of the Health Ministry in lieu for bribes. He would give a share to Pawan and other NHRM officials including a Rajasthan Administrative Services (RAS) officer. The RAS officer Anil Kumar Agrawal who was also arrested in the case was deputed as additional director in the department. Other accused included a chief accounts officer and a store keeper.

Pawan, an IAS officer of 2003-batch, was posted as commissioner in the Agriculture Department when he was arrested. He was put under APO or ‘awaiting posting orders’ status after ACB busted the racket and started questioning him.

The investigation into the racket began a businessman registered a complaint with the ACB. The agency said that the businessman had secured work orders worth Rs. 7 crore over 18 months, for which he paid 17% or Rs. 1.5 crore as “commission”.