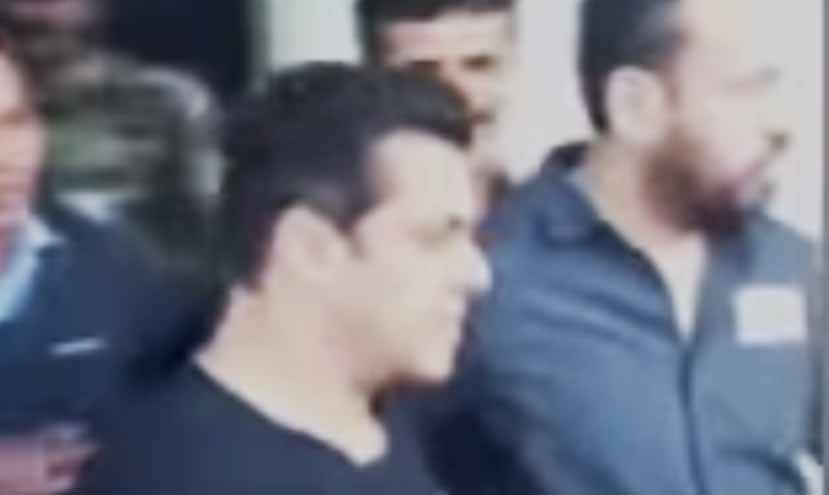 Salman Khan appeared in a Jodhpur court in connection with blackbuck poaching case on Friday.

Jaipur: Bollywood superstar Salman Khan and four other actors – Saif Ali Khan, Tabu, Neelam and Sonali Bendre appeared before a court in Jodhpur on Friday in a blackbuck poaching case.

Salman told the court he was framed in the case and he didn’t kill blackbucks. He said that the protected animals had died of natural causes. He accused forest department officials of framing him for publicity.

Court first asked Salman his name and religion. In response, Salman said that he was a Hindu-Muslim and an Indian.

Salman was asked 65 questions based on the testimony of 28 witnesses. Salman repeatedly told the court that he was innocent and the allegations against him were false.

Salman said when the alleged poaching took place, he was in his hotel room.

“It was not possible for us to get out of our hotel rooms due to security reasons. A newspaper published a false story and the forest department officials framed me for publicity. They registered a bogus case,” Salman told the court.

Salman said that he didn’t have any weapons with him. He had his guns brought to Jodhpur from Mumbai to produce before the police after the case was registered.

Saif Ali Khan told the court that he was not with Salman when the alleged poaching took place.

Saif Ali Khan, Tabu and Neelam have been accused of instigating Salman for poaching blackbucks.

“When I was not even with him, how could I instigate him,” said the actor.

Salman had a total of four separate cases registered against him in connection with poaching of blackbucks and chinkara.  The alleged poaching took place when he and his co-stars Saif, Tabu, Neelam and Sonli were in Jodhpur for the shooting of ‘Hum Saath Saath Hain’.

Two of these cases were registered under section 51 of Wildlife (Protection) Act for poaching of two blackbucks in village Bhawad on 26-27 September, 1998 and one chinkara in Mathania (Ghoda Farm) on September 28-29, 1998.

The third case is pertaining to the use of illegal arms for poaching. The judgment in this case came earlier this month. He was aquitted in this case too.

Another case under the Wildlife Protection Act is still under trial. This case is regarding the poaching of two blackbucks near Kakandi village on the intervening night of October 1 and October 2, 1998.  Salman appeared before the court in connection with this fourth case on Friday.