‘I am Hindu, not Hindutvawadi,’ Rahul Gandhi lashes out at Modi government in Jaipur rally

Home » City Reports » ‘I am Hindu, not Hindutvawadi,’ Rahul Gandhi lashes out at Modi government in Jaipur rally 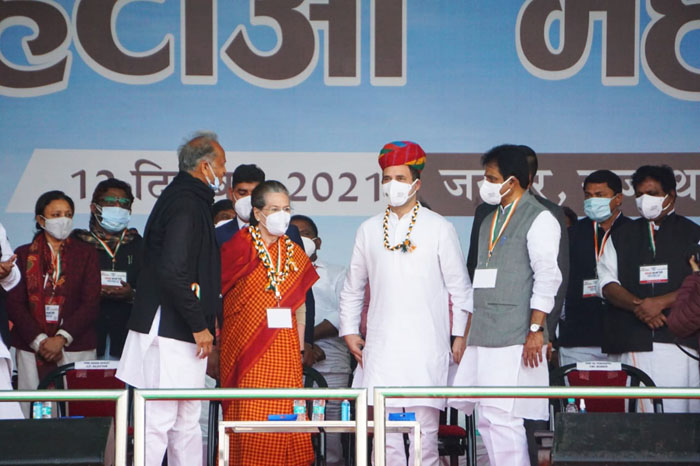 Jaipur: Congress leader Rahul Gandhi lashed out at the Modi government during the party’s massive rally at Vidhyadhar Nagar Stadium on Sunday, saying the country was in the hands of 4-5 industrialists. The country was not being run by the people, but by 3-4 capitalists, he said. Sonia Gandhi also attended the rally, but she did not give a speech.

Rahul said that two words could not have the same meaning. Every word has a different meaning. In the politics of the country today, the meaning of the two words is different. One word is Hindu, another word is Hindutvawad. These are not the same thing. They are two different words and they mean completely different things, Rahul said.

He said that there is a difference between a Hindu and a Hindutvawadi. Hindu seeks truth.

“The government of the country says that no farmer was martyred. I have given a list of five hundred people for Punjab a d Haryana. I told the central government that the state government in Punjab has given compensation, you should also do it. But they paid no attention,” said Rahul.

As was being expected, social distancing guidelines were completely flouted during the rally. The party workers who came from different states of the country were not wearing masks. Traffic congestion was reported on Sikar Road after the rally.