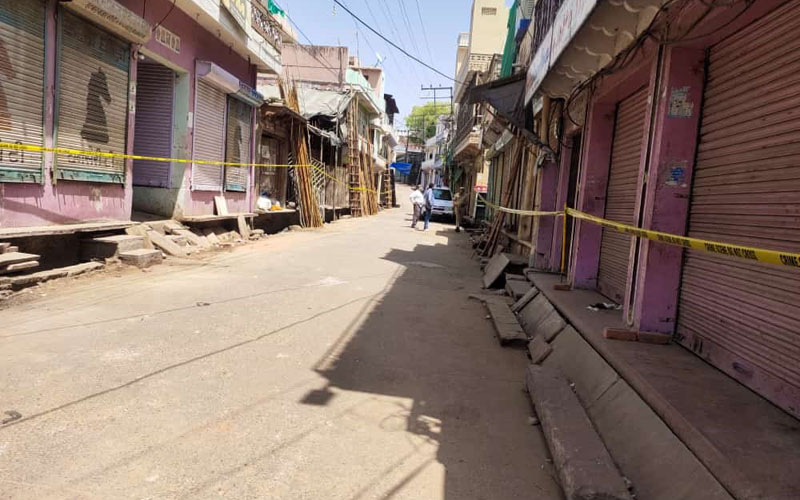 Jaipur: Karauli police has named Rajaram Gurjar, husband of Jaipur Greater Municipal Corporation Mayor Soumya Gurjar, as an accused in the FIR lodged in connection with the communal violence case. He is among 24 people named in the FIR. The police are carrying out searches to find him, but he has allegedly been absconding for the past three days. The police are trying to find him on the basis of his mobile phone location.

Rajaram Gurjar is the ex-chairman of Karauli Municipal Council. Police officials said that a team of policemen has been constituted to find Gurjar. The teams have been sent to nearby states including Uttar Pradesh in his search, sources said.

Karauli police has so far arrested 22 people for rioting and other offenses. Nearly 20 people who have been identified are yet to be arrested, sources said. The team formed to arrest rioters include four deputy superintendents of police (DSPs) and five SHO. More teams have been formed to collect evidence from the spot and investigate the incident.

Sources added that the Karauli district administration is planning to relax the curfew restrictions. The market might be reopened from Thursday. However, it will be allowed for a few hours, so that the people could buy essential items. The law and order situation in the town is under control; however, police and district administration offers are still wary of rumours on social media platforms.