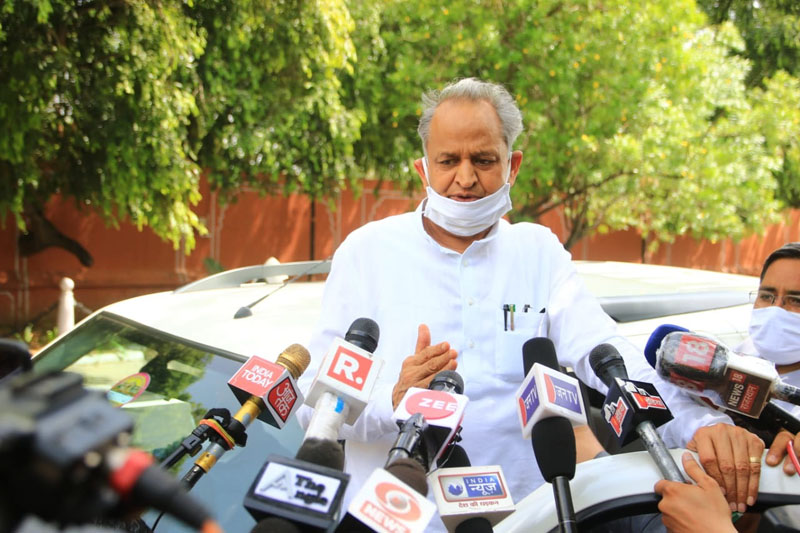 Jaipur: Rajasthan chief minister Ashok Gehlot took another jibe at the Sachin Pilot camp on Thursday and said that the rates for horse trading of MLAs have gone up substantially after the dates of the next assembly session were announced. He also didn’t rule out the possibility of a floor test during the assembly session.

He said that MLAs were being offered from Rs 10 crore to Rs 25 crore before the assembly session dates came out. “But now as the dates have been announced, they are being offered any price they want. There is no cap on the asking price to switch the camp,” Gehlot said.

He said that the BJP stands exposed. “We have learnt that many BJP leaders from Rajasthan are visiting Delhi discreetly. If they are clean and have nothing to hide, why are their visits so discreet,” Gehlot said.

He added that several issues including that of Coronavirus spread will be discussed in the assembly. He didn’t rule out the possibility there could be a floor test to prove that the government is in majority.

The assembly session is to begin from August 14. Sources said that the MLAs supporting Ashok Gehlot have been asked to continue to stay in a five-star hotel on the outskirts of the city. Only ministers would be allowed to leave the hotel, that too only to visit the state secreteriate for taking care of necessary work.