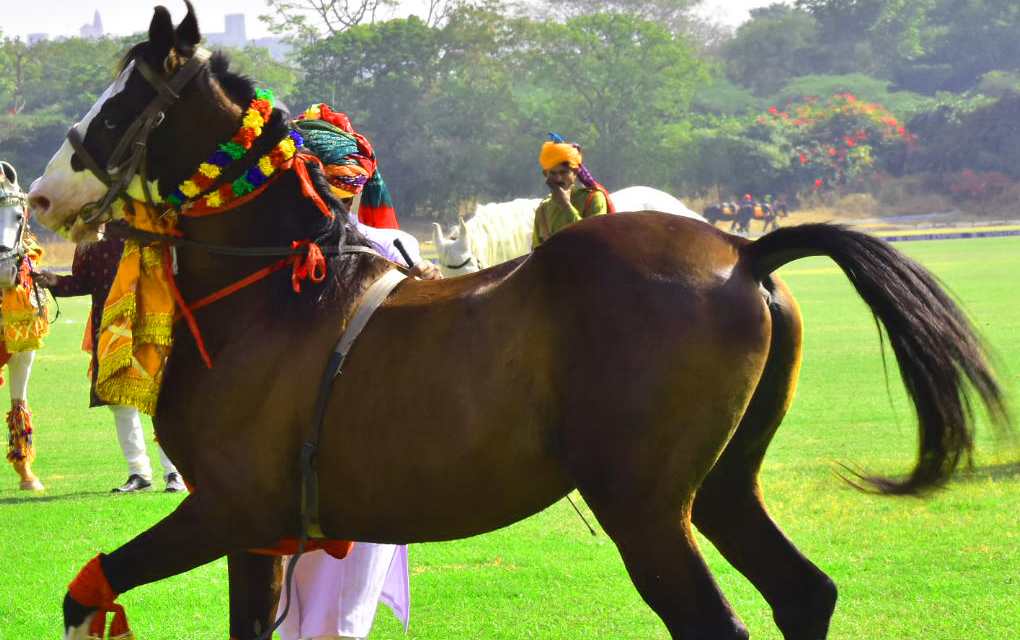 Jaipur: Horse lovers thronged Jaipur Polo Club to get a glimpse of beautiful studs during the 9th All India Indigenous Horse Show and Endurance Ride Championship organized on Monday.

The two-day event is being organized by the Indigenous Horse Society of India. Kanwar Raghuvendra Singh of Dundlod is the secretary general of the society and Francesca Kelly is an honorary member for life. Both were present when the event was organized.

Seventeen-month old Mastana was declared winner in the best ablak mare (stallion-colored horse) category, while a stud named Albeli won the competitions in the decorator horse and horse dance categories. ‘Chanchal’ secured the second place in the dance category.

Spectators turned out in large numbers to enjoy the show as beautiful horses competed with each-other to win various tournaments.

Vice president of the Indian Olympic Association Janardan Singh Gehlot was the chief guest at the event.