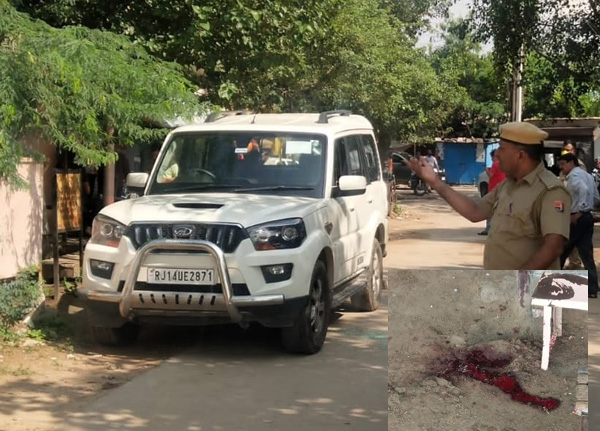 Jaipur: Four unidentified men shot dead known criminal and history-sheeter Ajay Yadav in broad daylight in Banipark area of the city on Tuesday. The four shooters first opened fire at Yadav and then smashed his head with a stone to make sure he was dead. They then fled from the spot on two scooters.

The incident took place near Ram Mandir (temple) in Soot Mill Colony in Banipark around 1.45 pm. Ajay Yadav who had nearly nine police cases registered against him with various police stations had come to a place near Ram Mandir. He and his friend – identified as Sourabh - were in his car parked near the temple when four men came there on two scooter bikes. One of the shooters opened fire at Ajay. Ajay jumped out of his car and tried to escape, but other shooters followed him and continued firing at him.

They pushed him to the ground near a tea stall. Ajay had sustained two bullet injuries, but the shooters attacked him with a stone. A total of five rounds of bullets were fired. Ajay’s friend Sourabh escaped unhurt. The police have taken him into custody for interrogation.

The broad daylight firing created panic in Banipark. A police team arrived at the spot and rushed Ajay to SMS Hospital where doctors declared him brought dead. The police are trying to find out the motive behind the shooting.