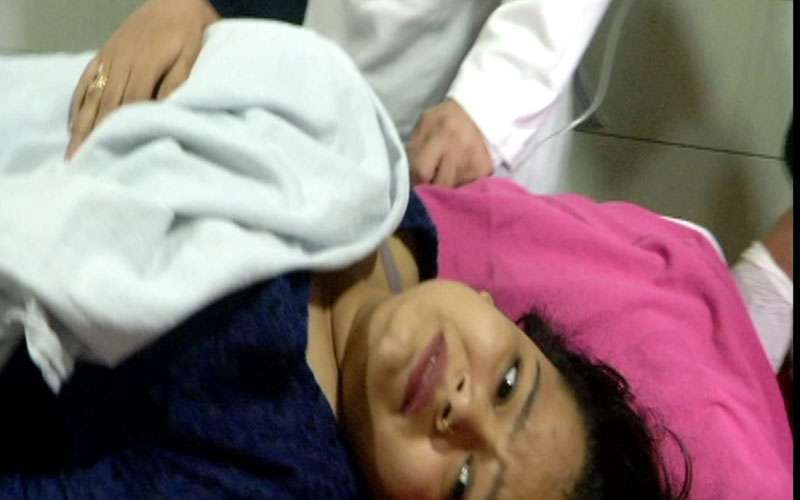 The woman who was shot at.

JAIPUR: A 26-year-old girl, identified as Anjali was shot at by two bike-borne youths in the Muralipura area of Jaipur on Wednesday morning. The woman was walking to the office when two men opened fire. She was referred to SMS Hospital in critical condition.

Anjali’s husband Abdul Latif accused his brother of attempting to murder her because he had married a woman from a different religion. Abdul had married Anjali in a court about a year ago. He alleged that his elder brother Abdul Aziz was against the marriage. Aziz used to harass Anjali and was pressurizing her to leave Latif.

In a complaint registered with the police, Latif accused Aziz and one Abdul Riyaz of attempting to murder Anjali. Riyad and Aziz are friends and conspired to kill her.

Latif also told the police that he was at the office when the incident took place. he said that he got a call that someone had shot Anjali. He went straight to the hospital. Anjali told Latif that the scooter riders were talking on the phone. She recognized Riyaz's voice.

Anjali sustained bullet injuries on her back. She fell unconscious and was rushed to Kanwatia Hospital from where she was referred to SMS Hospital due to her critical condition. She is undergoing treatment at the trauma centre.

Anjali who works at an Ayurveda shop lives near Pallavi Studio in Murlipura. On Wednesday morning at around 10 am, she left home to go to work. She was attacked at 10.30 am, about one and a half kilometers from the house.

Latif said that the family members were pressurizing him to leave Anjali and also warned Anjali to leave him or face serious consequences. An FIR was also lodged with Sadar police station when Aziz tried to forcefully take Anjali away from her husband.

Anjali's mother visited the hospital to see her daughter. She told media persons that the miscreants should be arrested at the earliest. She said that her daughter was happily married. Those who have tried to murder her should be brought to book, she said.

An FSL examination of the spot was conducted. It came up during the investigation that the shooters had used a country-made gun. The police are studying the footage of CCTVs installed in the area. Based on the statements of the victim, the police have arrested some suspects.