Government asked to complete the recruitment process in four months. 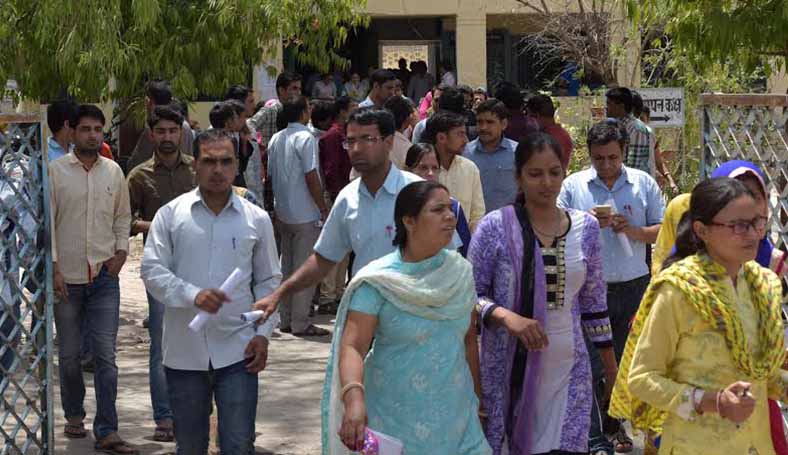 Jaipur: Rajasthan high court has cancelled Grade – III teacher recruitment exam – 2016. The court on Thursday asked the government to conduct the examination again and complete the recruitment process within the next four months. The judgement has come as setback to thousands of youths in the state. Nearly 5 lakh youths had applied online for appearing in the exam. The government was to recruit 13,000 teachers.

The state government had announced 13,000 vacancies that were to be filled on the basis of REET merit list.

Some petitions were filed in the court. The petitioners argued that the recruitment could not happen on the basis of REET marks because it didn’t test knowledge of candidates in particular subjects.

The petitioners argued that the marks scored in BEd should be included so that a candidate’s knowledge about a particular subject could be evaluated.

The state government had argued that REET evaluated a candidate’s knowledge in all areas. The candidates already had specialty in particular subjects.

The bench of chief justice Pradeep Nandrajog delivered the judgement on Thursday, asking the government to announce vacancies again and complete the recruitment process within four months.