Here is why ‘Dhadak’ trailer is a smash hit with Jaipurites 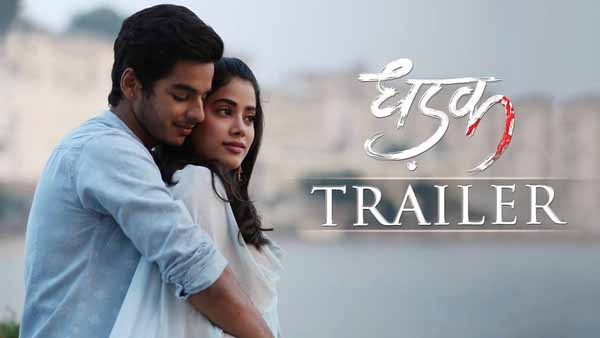 Jaipur: Dharma productions released the trailer of much awaited movie ‘Dhadak’ on Monday. While millions of people all over the country have watched it on YouTube since its release, those from Jaipur are particularly thrilled. Reason? Well, the movie beautifully portrays many monuments and historical places of the Pink City. Here is the trailer:

Starred by Janhvi Kapoor – daughter of late iconic actress Sridevi and Ishaan Khattar – half-brother of actor Shahid Kapoor, Dhadak portrays a love story set in Rajasthani culture. Even the language used in the movie is Rajasthani.

The trailer begins with a scene from Sisodia Rani Garden in Jaipur. The location has been used in many scenes in the trailer. Some monuments where the shooting took place are Ghat Ki Guni and many other locations of Amber including Jagat Siromani Temple.

The movie’s shooting took place at several locations of Jaipur for 15-20 days in December last year.

Some scenes of the trailer were shot at locations in Udaipur. Since Dhadak marks Janhvi‘s official debut, the trailer has become viral on social media channels. Critics as well as movie goers are impressed by the chemistry between the two actors. While it’s not the first movie for Ishaan as he debuted in Iranian auteur Majid Majidi’s film Beyond The Clouds, it’s his first major Bollywood film.