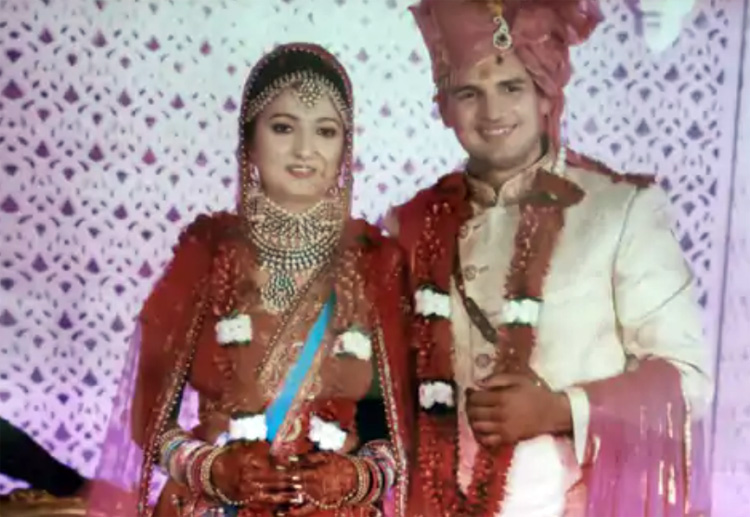 Co-pilot Kuldeep Singh with his wife.

Jaipur: Squadron Leader Kuldeep Singh Rao who was among those killed in a helicopter crash in Coonoor area of Tamil Nadu on Wednesday morning hailed from Jhunjhunu district of Rajasthan. Kuldeep Singh was a resident of Ghardana Khurd village.

Group Captain PS Chauhan and Co-Pilot Kuldeep Singh were the pilots. In this accident, 13 officers and jawans, including the wife of CDS Bipin Rawat, died.

Kuldeep’s family currently lives in Jaipur. His father Randhir Singh Rao is an ex-navy officer. His sister is also in the Indian Navy. He was the only son of his parents. He got married two years ago.

Kuldeep joined the Air Force in 2013. Prior to this, he studied BSc-IT in Mumbai where he lived with his father Randhir Singh Rao. His wife Yaswini Dhaka was a resident of Meerut. The couple got married on November 19, 2019. One of his sisters, Abhita, is working as a Deputy Commandant in the Indian Coast Guard. His mother Kamala Devi is a housewife. The residents of Ghardana Khurd are grieving Kuldeep’s untimely death.

The body of Kuldeep is likely to reach Jhunjhunu late on Thursday. The last rites will be performed on Friday. Former sarpanch of the village, Chaudhary Harpal Singh Rao told media persons that all the villagers would attend the last rites of the martyr Kuldeep.