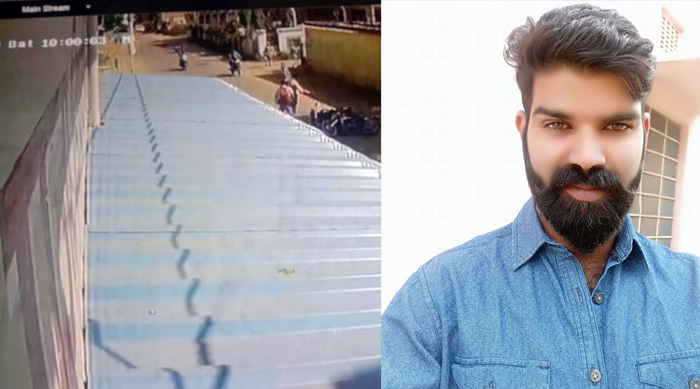 Victim Mahaveer Meena who was murdered in Loha Mandi area of Harmara. The incident was caught on CCTV

Jaipur: Nearly 10 days after a man, Mahaveer Meena, was shot dead in broad daylight in Harmara area by two bike-borne shooters, the police have arrested the main accused – Shivraj Singh. Fearing a police encounter, he surrendered before the police in Makrana. A Jaipur police team is bringing Shivraj Singh to Jaipur.

Shivraj Singh alias Kalu is a resident of a village in Makrana area of Nagaur district. He was living in a rented accommodation in Surya Nagar of Kardhani in Jaipur and is a known criminal. He has cases registered against him with Kardhani, Jhotwara, Bajaj Nagar, Vijay Nagar and several other police stations.

According to preliminary reports, he had a personal revelry with the victim – Mahaveer Meena who worked as a loan recovery agent. Shivraj issued a threat to him on Facebook and on October 5, he shot Mahaveer to death while the latter was riding on a bike with his friend in Loha Mandi area of Harmada.

MP Kirori Lal Meena had staged a demonstration with his supporters demanding immediate arrest of the murderers.

The firing on October 5 created panic in Loha Mandi area. Mahaveer was on a bike with his friend when two bikers intercepted them. He fell off the bike. One of the bikers took out a gun and when he pointed it at the victim’s friend, the latter fled from the spot. The biker then opened firing at Mahaveer. He was shot thrice at close range. Two of the bullets were lodged in the chest while one in the head. The victim fell to the ground and died on the spot. The entire incident was caught on a CCTV.