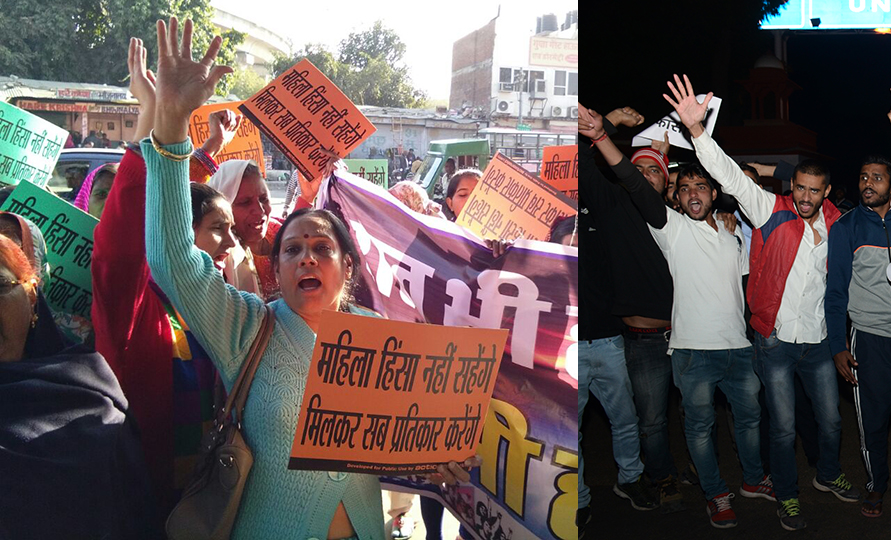 Jaipur: As cops struggled to identify the four men including an auto driver who gang raped a 22-year-old girl after kidnapping her from Jaipur railway station in an auto, protests erupted in the city against the horrifying incident on Wednesday. Women organisations, student groups, and many local communities staged demonstrations demanding immediate arrest of the culprits.

The incident also exposed the widening cracks in the Bharatiya Janata Party’s state unit as joining the protest was an organization called Deendayal Vahini. Senior BJP leader Ghanshyam Tiwari is the president of the organization.

Hundreds of woman activists staged protest against the incident at Jaipur railway station. The activists met senior police officer of Jaipur commissionerate and expressed discontent over their ‘lame’ response to the incident.

Glaring security lapses came up in the case of the 22-year-old girl’s gang rape.

Three security cameras installed at the Jaipur Railway Station which could have provided the police decisive leads in the investigation were found defunct. The police have no record of auto rickshaw drivers who get passengers from the railway station. After a series of gang rape cases by cab and auto drivers in the country over the past two years, the police had claimed that they would verify the background of drivers in the city.

Besides the incident also exposed tall claims of the police patrolling in the city as the girl was made to travel through the jurisdiction of eight police station for two hours after being kidnapped from the railway station, but the cops didn’t get any clue.