Government school teacher shot at by disgruntled student in Kotputali 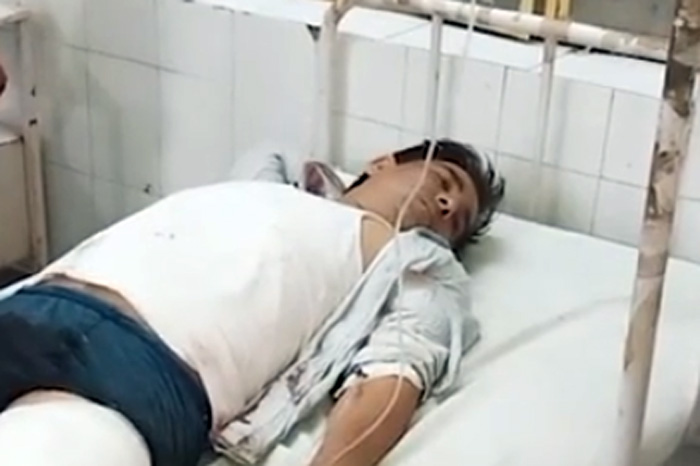 Natvar Singh who was shot at by his student in Kotputali.

Jaipur: A 19-year-old student of a government school in Kotputali town of Jaipur district opened fire at his teacher in broad daylight on Thursday. The teacher was on this way home from school when the student, whose identity was withheld, intercepted him and shot at him. The victim was referred to SMS Hospital in Jaipur for treatment.

The teacher, Natvar Singh, had scolded the student for not studying in the past. The student had slapped Natvar Singh. Sources said that the student is a hockey player and had received an award from the governor.

The student was class 12 student in the school. He used to harass his schoolmates and other teachers. After he slapped Natvar Singh, he was suspended from the school. He developed an animosity towards the teacher.

He had left for Rajsamand and started working at a mine there but returned four days ago. The police are investigating how he arranged for a gun. He and his friend were on a bike when they intercepted Natvar Singh on Thursday.

After firing at him, the duo escaped from the spot. Some local residents informed the police about the shootout following which profusely bleeding Natvar Singh was rushed to a local hospital. He was referred to SMS Hospital due to bullet injuries.

The police have launched a search for the student and his friend.