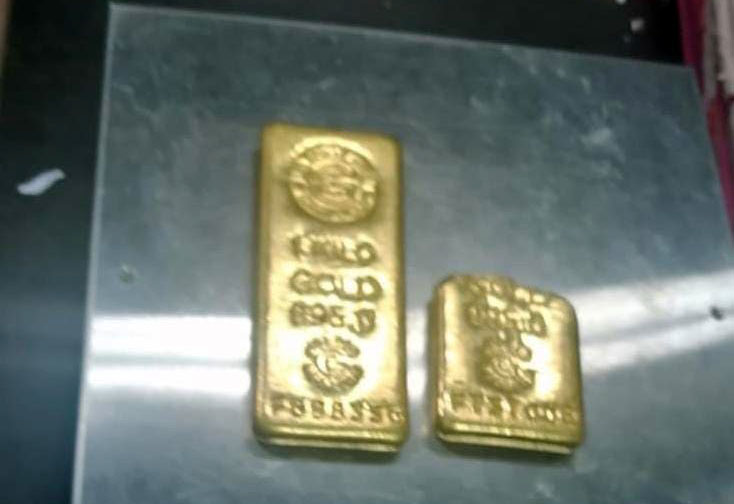 Jaipur: The customs department on Monday exposed yet another case of gold smuggling at Jaipur International Airport. A man was taken into custody for interrogation after he was found in possession of 343 grams of gold worth about Rs 18 lakh. The gold was concealed in the wheel of his trolley and handbag. On suspicion, the customs department officials checked the luggage and detected the gold. This is the second case of a gold smuggling attempt unearthed at the airport within a week.

A senior customs department officer said that the action was taken under the supervision of Assistant Commissioner Bharat Bhushan Atal. The man was travelling in an Air Arabia flight that landed at Jaipur airport from Sharjah. The man who works in Duba had two bags. One was a handbag, while the other had a trolley.

When the handbag was scanned with an X-ray machine, the officials noticed some spots. They cut open the bag with a cutter and found the gold hidden in a pipe-shaped place. Four gold pieces were recovered from the handbag.

After this, when the customs department thoroughly searched the trolly bag and again found gold hidden in the wheels. The gold weighed 343.630 grams. The market value is about Rs 17.20 lakh. The Custom Department officials are now interrogating the passenger.

The customs department had recovered 200 grams of gold from the bag of a passenger who arrived from Dubai in SpiceJet’s Dubai-Jaipur flight. The market value was estimated to be Rs 9.85 lakh.