The department has launched an investigation with a view that the smuggling of gold in such a huge quantity may not be possible with some inside help. 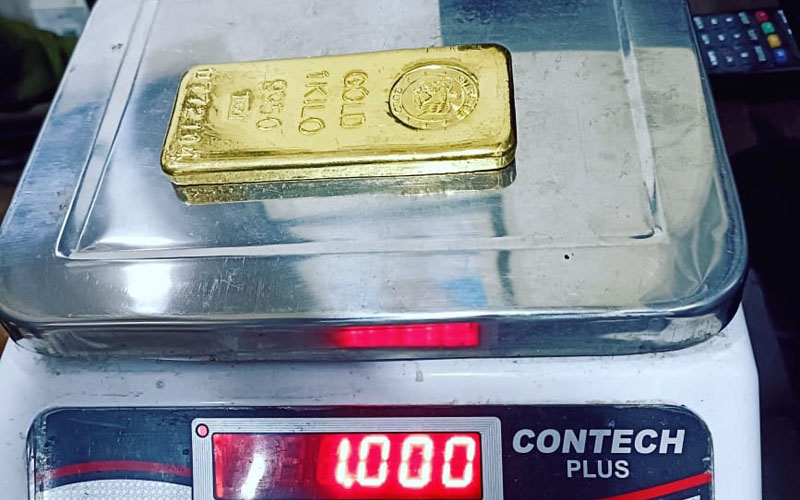 Jaipur: A day after a gold biscuit weighing 1 kg was recovered from a flight that arrived in Jaipur from Dubai, the customs department officials quizzed at least five members of the SpiceJet crew.

The department has launched an investigation with a view that the smuggling of gold in such a huge quantity may not be possible without some inside help.

The SpiceJet flight reached Jaipur from Dubai late on Tuesday. In a random inspection, the customs team found a packet concealed under a seat. The packet contained a gold biscuit weighing nearly 1 kg. The gold is worth about Rs 52 lakh in the international market.

Jaipur Airport Terminal -2 and Terminal – 1: All You Need to Know
MORE RELATED NEWS

The passenger that is suspected to have smuggled the gold into the flight was identified on the basis of the seat number. Three passengers from the raw were intercepted in the arrival lounge and quizzed.  in the arrival hall itself.

It has come up during the preliminary investigation that the suspect had gone to Dubai for employment in April. He couldn’t find a job, so he decided to return. Someone offered him free travel to India and Rs 10,000 if he smuggled the gold and gave the packet to someone outside the airport.

The customs department is verifying his statements.

Gold smuggling on rise, over 5.1 KG gold seized in July

There has been an increase in gold smuggling attempts through the Jaipur International Airport. The customs department and security agencies have seized nearly 5.115 kg gold so far in July. The gold is worth nearly Rs 2.18 crore.

The customs department is trying to bust the network involved in gold smuggling, particularly from Gulf Cooperation Council (GCC) countries.