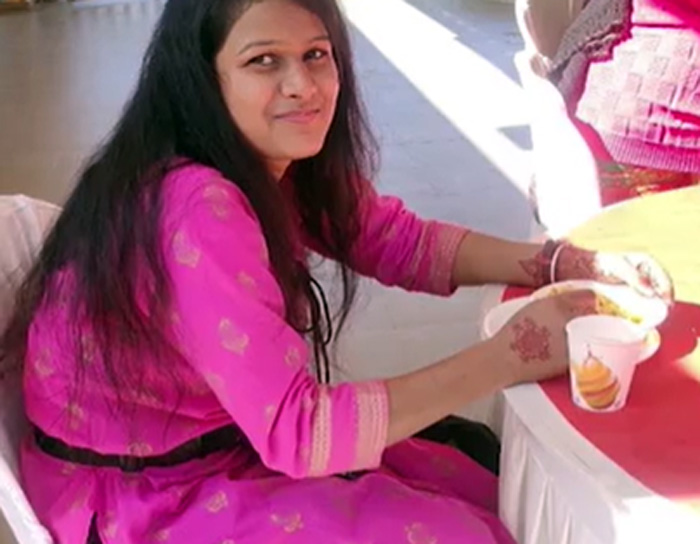 19-year-old Ankita who was shot dead by her neighbor.

Jaipur: A jilted lover shot dead a 19-year-old girl living in his adjoining house in Mukherjee Nagar of Bharatpur in Rajasthan on Monday. The accused man had proposed to the girl who turned it down. Miffed over this, he decided to murder the girl, police officials said. When the girl came to the rooftop to water the plants, the accused climbed over the wall separating the two houses and then shot her. The police have launched a search for the youth who is at large.

The victim was identified as Ankita – a BSc second year student. She lived in Mukherjee Nagar of Bharatpur. The girl’s parents are government teachers. They had left for work when the incident took place around 8 am.

The girl’s younger sister heard gunshots followed by the cries for help by her sister. She rushed to the rooftop and found Ankita in a pool of blood. She saw the accused, Sunil Jat, escaping.

According to preliminary reports, Sunit used a ladder to climb onto the rooftop of Ankita’s house.

“When the parents left for work, their two daughters were sleeping. Ankita came to the rooftop to water the plants which was her morning routine. Sunit was aware of it, so he was already there. He shot her at point blank range and fled from the spot,” said a police officer.

The neighbors rushed the girl to a hospital where she died while undergoing treatment. The cops have booked Sunit for homicide and launched an investigation.