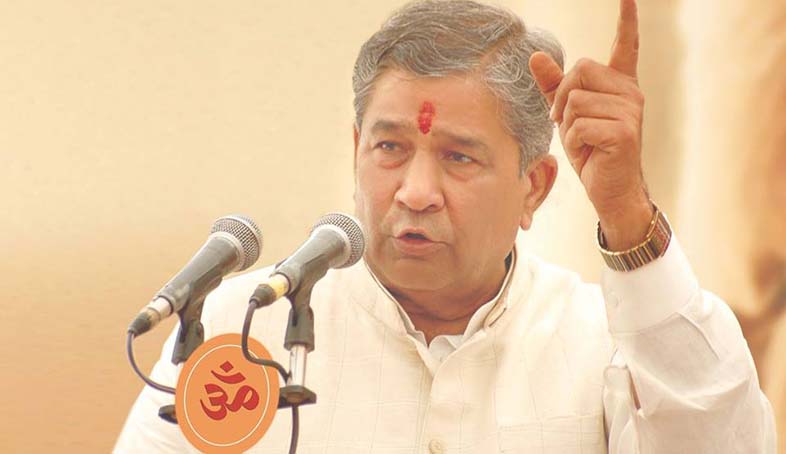 Jaipur: Senior politician in Rajasthan Ghanshyam Tiwari has rejoined the BJP on Saturday, nearly two and a half years after he left the party over his differences with former chief minister Vasundhara Raje. BJP state president Satish Poonia announced Tiwari’s return to the saffron party at the BJP state headquarters here.

Tiwari who is believed to be close to RSS had resigned from the BJP in June, 2018 and formed his own party. His differences with Raje hogged headlines many times when the later was the chief minister. After leaving the BJP, Tiwari floated Bharat Vahini Party and fought the assembly elections in 2018. However, he was defeated by a huge margin. He then merged his party with the Congress in thee presence of former party national president Rahul Gandhi during a ‘road show’ in Jaipur last year.

Tiwari will celebrate his birthday on December 19.