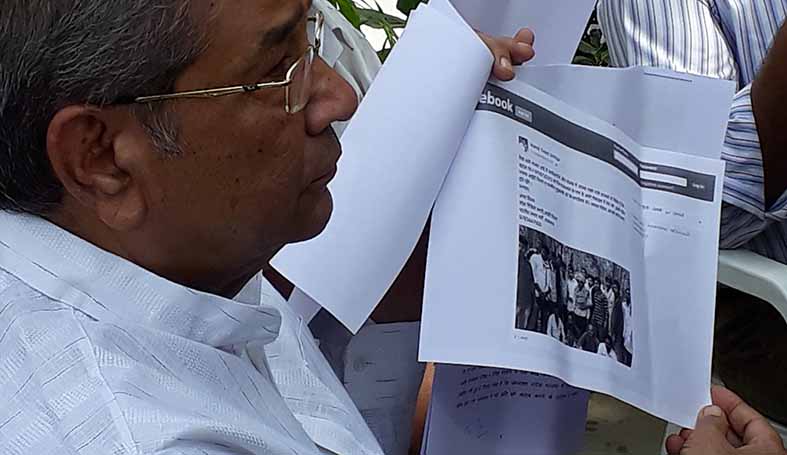 Jaipur: Senior BJP leader Ghanshyam Tiwari who is facing disciplinary action from the party, reached Jalupura police station on Wednesday and registered a complaint against unidentified people for running a ‘vicious’ campaign against him on social media channels.

Tiwari alleged that a ‘mala fide and false’ online campaign had been launched against him through some WhatsApp groups including one being run by state BJP’s media cell.

After registering the complaint against unidentified people under various sections of the Information Technology Act, the police officials present at the police station assured him of proper investigation into his allegations.

Tiwari alleged that BJP workers and office bearers are members of one of the WhatsApp groups.

“For the past few days, a misguiding campaign is being run against me through this group. Several doctored and fabricated documents are being circulated on this group. I have given several documents and other evidence to the police to help them with the investigation,” Tiwari told media persons.

Tiwari accused the party’s media cell of being a center for ‘character assassination’.

Ghanshyam Tiwari had last month been served with a disciplinary notice from the party to openly campaigning against chief minister Vasudhara Raje. In his reply to committee president Ganeshi Lal, he said that people would never surrender before a ‘corrupt’ government.

BJP can take a disciplinary action against the senior leader who has been at loggerheads with Raje ever since she was projected as CM candidate during the previous assembly elections.