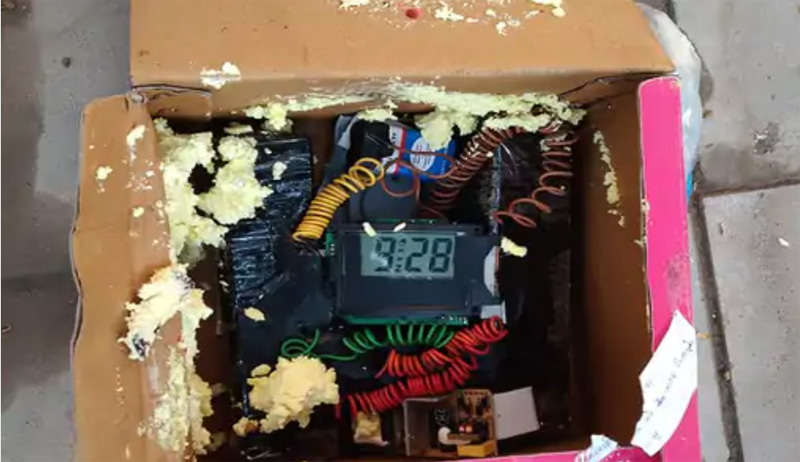 Dummy bomb received by trader in a cake box.

According to Jawahar Nagar police, the Vibhu Gupta – a textile trader – has lodged an FIR in this regard against unidentified people. He runs a garment showroom near Panchavati Circle that he opened a year ago. On Friday evening, an e-rickshaw driver came to him and gave a box which he said contained cake.

There was also a letter also. The letter stated that he should sit quietly in the rickshaw with 10 lakh. The letter said that if the trader tried to inform the police, a box containing the box would trigger with a remote and explode.

After reading the letter, Gupta got scared and refused to accept the box. The rickshaw driver left and dumped the box in a nearby drain. The businessman called local councilor Neeraj Aggarwal and told him about the threat following which the police were informed. A Jawahar Nagar police team reached the spot and studied the CCTV footage. They found the bomb and informed the bomb disposal squad.

The bomb was brought to the Jawahar Nagar police station on Friday night. The bomb disposal squad reached on Saturday morning. Around 11 o'clock the box was opened and the bomb was diffused. However, there was no explosive in the bomb.