The accused generated fake invoice in the name of 10 fake companies for availing Input Tax Credit (ITC) without paying GST amount to the government. 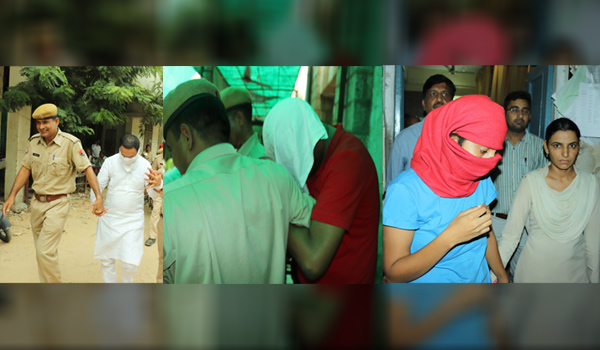 Three accused CA's being arrested by the police.

Jaipur: GST Intelligence’s Jaipur unit busted a gang and arrested three of its members including a woman charted accountant (CA) for allegedly setting up fake companies to claim input tax credit (ITC). It has come up during preliminary investigation that the gang was involved in a tax evasion of nearly Rs 11 crore. The gang generated fake bills and invoices in the name of 10 fake companies for availing ITC without paying GST (Goods and Services Tax) to the government.

The matter came up for hearing in a special court for economic offenses on Monday. Accused CA Himani Munjal, CA Sandeep Goyal, CA Rajesh Arora were produced in the court. Directorate General of GST intelligence (DGGI) office didn’t rule out more arrests in this case.

Accused set up at least 10 fake firms with bogus divers and claimed ITC. After generating fake invoices in the name of directors, they claimed ITC. These companies were formed between December 2017 and May 2018.

Input tax credit is an option in the GST which allows the taxpayers to claim credit for the taxes paid on the purchase. Several cases have been reported in the past of fake ITC ever since the new taxation system, GST, came into force.

In another case in Jaipur, Commercial Taxes department busted a firm for the GST fraud of Rs 90 Lakh. The firm was operating three fitness centers in the area of Raja Park, C-scheme and Malviya Nagar in the city. GST fraud of 90 Lakh came into light after the investigation.