Asaram says he has faith in judiciary and he would get justice. 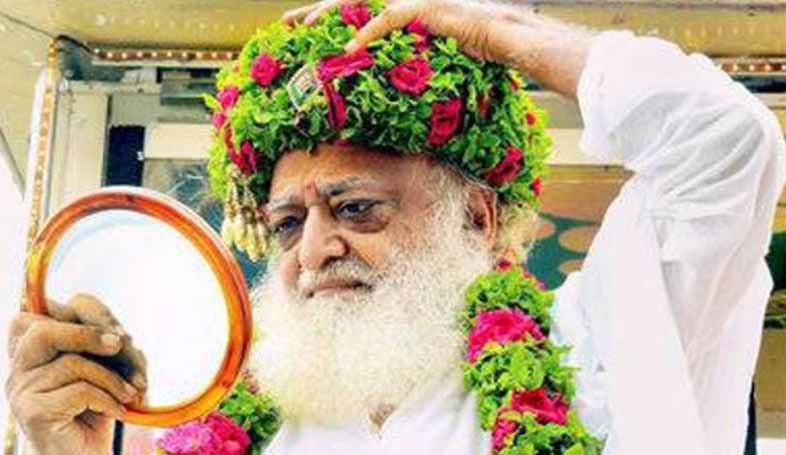 Jaipur: Former chief justice of Sikkim high court SN Bhargav on Saturday met Asaram Bapu, who is under trail for sexually assaulting a minor girl, and sought his blessings outside a local court in Jodhpur where the accused ‘godman’ was brought for a hearing, according to local media reports. Bhargav had served as a judge at Rajasthan high court also.

Bhargav waited for Asaram Bapu outside the court of metropolitan judicial magistrate – 3 with two security guards by his side. When Asaram Bapu reached the court around 2.30 pm, Bhargav met him and sought his blessings.

Asaram Bapu told media persons after the hearing that the former judge was his well-wisher. “We have faith in judiciary. We will get justice,” Asaram said.

Asaram Bapu his behind bars for the past four years. The 76-year-old religious preacher has been accused of sexually assaulting a 16-year-old schoolgirl who studied at Asaram’s ashram in Madhya Pradesh’s Chhindwara and stayed in a girls’ hostel there.

The girl had made a complaint at a police station in Delhi on August 20 and the spiritual leader has since then denied the allegation.