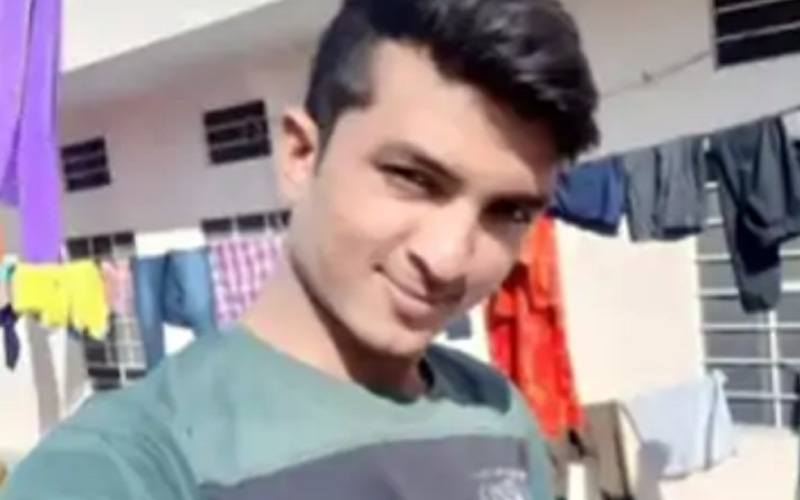 Food delivery boy who was killed in a road mishap in Jaipur.

Jaipur: A delivery boy was mowed down by an overspeeding car on Durgapura Flyover late on Sunday. He sustained serious injuries to his head. He was rushed to a hospital where he died while undergoing treatment. The victim had a son two months ago. The family members are in a state of shock and grief over the loss. The police are yet to find the car and its driver.

The victim was identified as Rakesh Kumar Varma (30), a resident of Tonk district. He was currently living in a rented accommodation in Sanganer area. He worked as a food delivery boy at Swiggy.

Around 12.30 am on Monday, he was returning home after delivering food when the incident took place on Durgapura flyover. An overspeeding car hit his bike from behind and sped away. The bike hit a tree guard on the road divider. Rakesh sustained serious injuries to his head after it hit the road. Rakesh was rushed to SMS Hospital in an ambulance but died due to excessive bleeding and trauma.

Rakesh had brought his wife and newborn son to Jaipur to live with him 15 days ago. Rakesh had been living in Jaipur for the past few years and worked as a food delivery boy for the past three years. His shift was from 7 pm to 1 am every day. He also worked as an air conditioner machinic during the day.

The police have lodged an FIR against the unknown car driver. They are studying footage of CCTVs installed in the area to identify the car.