Five of family from Samod killed in road accident in Rewari 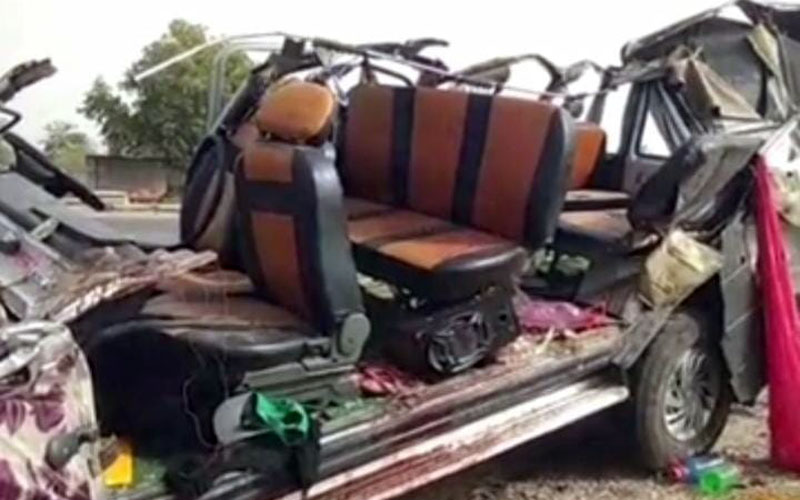 The cruiser car after the accident.

Jaipur: Five people of a family belonging to the Chomu area in Jaipur were killed, while 10 others were injured when the car they were travelling in collided with a truck near Rewari town of Haryana. The family was returning home after performing the ash immersion ritual in Hardwar.

The deceased included two women. As the news of the tragic accident reached Samod – their native place, a pall of gloom descended in the village and the residents expressed shock and grief.

According to the information, the cruiser car of Chaumu’s family collided with the container truck coming. In the accident, 5 people including 2 women died on the spot, while 10 others were injured. The police have admitted the injured to different hospitals for treatment.

According to the information, Gordhan Lal Regar, a resident of ward number 11 of Samod, died in 1999. Due to the family’s weak financial condition, the family members couldn’t perform the ritual of immersing the last remains in Ganga. Gordhan’s son along with his mother, sister and other relatives decided to perform the rituals.

On May 15, the family left for Haridwar. There was a total of 15 people in the cruiser car including family and relatives. The incident took place around 6 am when the family was returning home. The car collided with a container coming from Bawal police station area, 8 km before Shahjahanpur border.

After the accident, the truck driver fled from the spot. People passing through the highway informed the police about the accident. The police rushed the injured to the hospital.