Firing between police and Ankit Bhadu in Sriganganagar: criminal surrounded

Sriganganagar police got a tip-off from Haryana police that Ankit Bhadu was at a temple in Sadulpur area following which heavy police force was rushed to the spot. He gave cops the slip at the temple, however, he was surrounded at nearby agriculture farm. 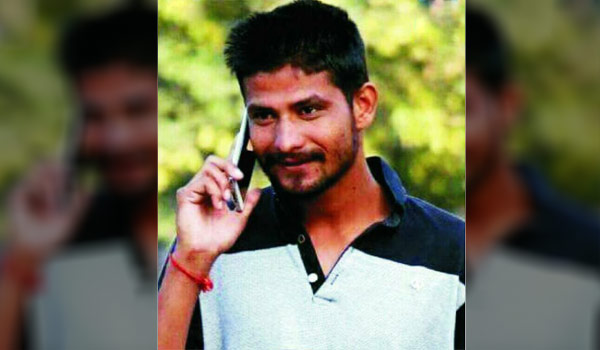 Jaipur: Police and known criminal, Ankit Bhadu – a member of Lawrence Bishnoi gang, exchanged fire in an agriculture farm near Sadul Shahar in Sriganganagar on Sunday.

The criminal who is wanted in the infamous Jordan murder case was surrounded by police. Sriganganagar police in a joint operation with Punjab police was trying to locate the criminal who is believed to have fled from the spot on a bike till the reports last came in.

Sriganganagar police got a tip-off from their Punjab counterparts that Ankit Bhadu was at a temple in Sadul Shahar area following which heavy police force was rushed to the spot. He gave cops the slip at the temple, however, he was surrounded at a nearby agriculture farm.

According to preliminary reports, Punjab police was chasing the criminal when he fled to Sadulpur. He first visited a temple and then hid in an agriculture farm. He opened fire at the policemen when he was surrounded. The cops also fired. He managed to flee on a bike, but was again surrounded. Efforts were on to catch him till the reports last came in.

Ankit Bhadu is wanted in connection with two murder cases in Sriganganagar. He was allegedly involved in the murders of Pankaj Soni and Jordan Choudhary.

Jordan was working out at a gym when members of Lawrence Bishnoi gang barged in and shot him to death. Ankit Bhadu carries a cash reward of Rs 50,000 on his head for his role in Jordan murder case. Bhadu had recently threatened members of Jordan gang of dire consequences if they fought upcoming student leader elections in Sriganganagar.

Lawrence is currently behind bars and hit headlines recently when he threatened Bollywood superstar Salman Khan. In fact, one of his gang members Sampat Nehra was arrested and allegedly revealed that he had visited Mumbai to do a recee of the actor and then murder him.