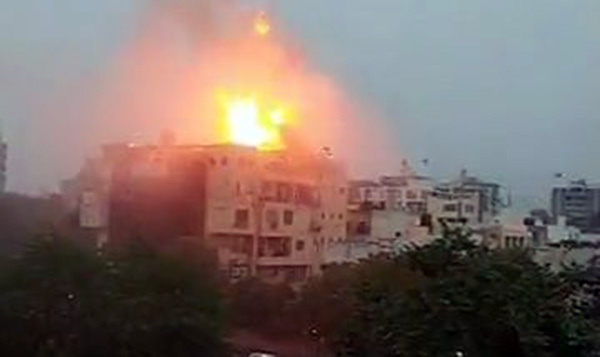 Jaipur: The Rajasthan excise department has issued notices to nearly 195 bars, pubs and restro asking them to produce FIR NOC before January 31. The excise department warned that the liquor license won’t be renewed if the bars and pubs failed to obtain a fire NOC from the Jaipur Municipal Corporation (JMC).

A senior official of Jaipur District Excise Department said that the notice had been issued earlier also. The deadline for presenting NOC before the excise department was January 10. The deadline was extended to January 31.

He added that notice were issued to over 195 pubs and bars where liquor is served.

The matter of bars operating in Jaipur not having fire NOC came to the light when an RTI activist sought information in this regard from the excise department.

“We will renew the license only when the bars produce a fire NOC,” said the officer.

There are more than 300 bars operating in the city and most of them don’t have a fire NOC. There had been incidents of fire breaking out in bars, particularly those operating on the rooftops of multi-storey buildings in the city. The investigation by JMC revealed that these bars didn’t have a FIR NOC.