Nearly 15 doctors identified in the FIR. 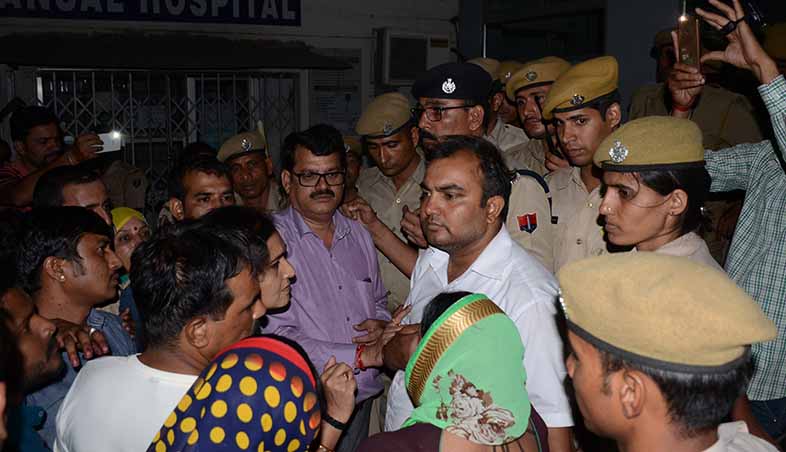 Jaipur: The city police have booked doctors for blocking the road outside SMS Hospital in protest of the attack on Dr Ajay Bansal, the owner of Bansal Hospital by the family members of a patient who died while undergoing treatment.

An FIR was registered against doctors with Moti Doongari police station on Tuesday. Nearly 15 doctors were identified in the FIR while hundreds of others were identified. There were reports that some doctors had manhandled an IPS officer who arrived at the scene to placate them.

“Blocking a public road is a criminal offense, so an FIR has been registered by the police,” said a police officer.

Dr Ajay Bansal had been attacked last week. He sustained 46 stiches on his head apart from receiving injuries on his nose and chest. He was rushed to Trauma Hospital near SMS for treatment.

As the news of Bansal being beaten up and admitted in the hospital spread, more than 300 doctors gathered and blocked the road.

Police officers tried to disperse them, but they didn’t budge till late night.

Doctors then declared that private hospitals would not function in protest of the incident.

The police had registered an FIR against the doctors of Bansal Hospital for negligence in treatment, while also booked the family members of the patient for attacking Dr Bansal.